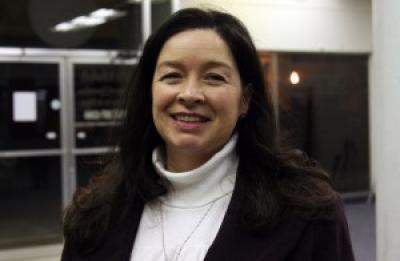 Oberly was not present at the meeting Wednesday but the board voted to accept her resignation and reinstate her as a board member. Whether or not she’ll resume her post as board chairwoman the board has not yet decided, said Walter Hopper Jr., the current election board chairman.

“[Oberly] was just taking that position [election supervisor] as a temporary position until we found someone more qualified,” Hopper said at the meeting.

Otipoby, a Comanche tribal member, is a tribal judge for Anadarko area tribes, the Kickapoo Tribe and is the tribal prosecutor for the Tonkawa Tribe. She is also a Municipal judge for the communities of Shidler, Kaw City and Fairfax.

The election board approved its new communications policy Wednesday and Hopper said that the policy will now have to be approved by the Osage Nation Congress.

“I think there was some things in the [Osage Nation] Constitution and the [Osage Nation Election Law] that weren’t really that clear, and we’re just making sure we communicate with everyone in the proper way and the proper form,” Hopper said in a phone interview today.

The policy states that when the Executive Branch communicates with the board, all communications are to be directed to the chairman of the board. The chairman then disseminates the information to the appropriate person. All communications, back and forth, are to be recorded and kept by the election board for a period of seven years.

The policy also states that there is no expectation of privacy within the communications of the election board, its staff or contractors and any declared or potential candidates. Anything discussed privately will be in Executive Session of a board meeting, such as personnel matters or matters concerning election board attorneys or legal matters.

The board will be considering an 8-page policy on campaign finance tracking drafted by Otipoby and they will also be making the decision on which election company is to run the Nation’s June election.

For more information call the Election Board Office at (918) 287-5286 or visit their Web site at www.osagetribe.com/electionboard/.