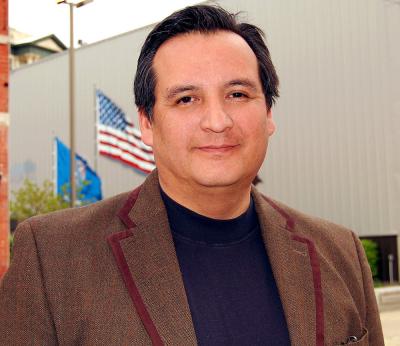 Some candidates for the Principal Chief race for the June 7 elections were surprised when current Principal Chief Jim Gray announced a Town Hall Series to promote the progress of the Nation in terms of the 25-year Strategic Plan.

“I didn’t have any knowledge that this was gonna occur, these town hall meetings, nobody asked me about them and I’m on the Strategic Planning Task Force,” said Assistant Principal Chief John Red Eagle who is also running for principal chief in June. “We haven’t had a meeting in two years about the strategic plan and now all of a sudden it’s become important again.”

"It seems to me the timing of it is suspicious in my thoughts. If it is politically motivated the Nation has policies on incumbent candidates," Red Eagle said.

The Town Hall Series, which is advertised as “Principal Chief Jim Gray presents an update on ‘The Will of the People’ Strategic Planning Accomplishments and Exciting Next Steps,” begins Tuesday at 5 p.m. at the Wah-Zha-Zhi Cultural Center in Pawhuska. A total of nine meetings have been scheduled with six scheduled for Oklahoma and the remainder scheduled for Dallas, Houston and Northridge, Calif.

Topics scheduled for the meetings include economic development, cultural preservation, health, education, minerals and natural resources, governance and justice, followed by a question and answer session.

Gray said the town hall series was not a Nation-funded campaign and that he is doing his job as principal chief. Town hall meetings are nothing new for his administration, he said.

“The purpose of the town hall meetings are not to address my political future but to actually answer questions about the government as it is right now and what’s going on,” Gray said. “Because, I’m sorry, but there has been a lot of misinformation going on about everything from the budget debate that has taken place to the issues over how gaming is operating and whether or not we can trust the fact that we got a clean audit and whether the projections are true.”

“I want to make sure that people have a chance to hear from the individuals that are actually working on these issues to answer those questions directly without having it filtered,” Gray said.

When questioned about the timing in which he’s giving the town hall series, he replied that he understood people’s concerns but he’s not going to go by the logic that since it’s an election year he should stop doing his job.

On whether or not he’ll be seeking re-election he replied, “I will make that decision in early March.” The Strategic Planning Task Force is made up of Red Eagle, Chief Gray, Chief of Staff Hepsi Barnett, Director of Intergovernmental Affairs David Conrad, Tax Commission Administrator Mary Mashunkashey, who is Red Eagle’s niece and Louis Gray, Primary Residential Treatment Coordinator/Counselor for the Nation, and who is also Chief Gray’s older brother.

Principal Chief Candidate Roy St. John felt that the town hall series was too expensive to give in the current economy.

“I don’t know how many people [Chief] Jim Gray is planning on receiving his information but I think there is a more cost effective way for him to deliver his message,” St. John said. “Because when you go to some of these locations you’re only going to get a small percentage of the citizen population.”

On whether or not St. John thought Gray was using the town hall series to campaign for his re-election St. John had no comment. “I can’t judge the man’s motives or see into his heart,” he said. Carl “Chico” Sellers on the other hand, who is also a candidate for principal chief, was more candid.

“I think it’s campaigning,” Sellers said. “He should have it once a year to tell the people what’s passed or failed . . . instead of waiting four months before an election.”

Currently there are four men who have announced their candidacies for principal chief, current Assistant Principal Chief John Red Eagle, Carl “Chico” Sellers, Roy St. John and Tim Tall Chief. Tall Chief did not respond for comment on this article before it was published.