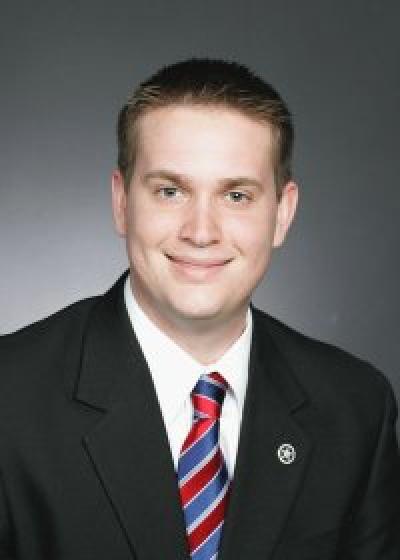 Sand Springs resident Eli Potts won the Democratic nomination for an Oklahoma House seat in the Aug. 24 runoff election and will be on the Nov. 2 election ballot. He will face Republican challenger Jadine Nollan for the District 66 House seat which covers Sand Springs (where he was raised) and west Tulsa.

In unofficial results provided by the state Election Board, Potts won the Aug. 24 runoff election with 601 votes which is 55 percent of the total votes cast that day while his challenger Andrew Williams received 488 votes.

Potts, 21, worked as a legislative aide to incumbent Lucky Lamons, who is not seeking another term, during the last legislative session. While working for Lamons, Potts helped with research, bill filings and met with voters who contacted Lamons’s office.

“I think people were able to see my dedication to serving the district,” Potts said of his runoff election win. If elected, Potts said he will work on “bringing quality jobs to the district” as well as work on supporting education-related legislation.

Potts also credits political work by his mother, Cheryl Potts, in helping fuel his interest in public office. Cheryl Potts served on the now-defunct Osage National Council in the 1990s.

“Politics have been in my blood,” Potts said. “My early memories are when (his mother) served in tribal politics and I remember going into the council house with her.”

Potts holds an associates degree from Tulsa Community College with plans to attend the University of Oklahoma. While at TCC, Potts was active in student government which included serving as student vice president. Potts is a Coca Cola Scholarship recipient for facilitating a Leadership 101 class at TCC and was recently recognized as a “distinguished alumnus at the Best of TCC awards banquet,” according to his campaign Web site.

Potts, who is single, believes his age (21 is the minimum age requirement for state House representatives) is an advantage in holding public office. He is also active with the Oklahoma Youth and Government Legislative Program which is aimed at teaching students about the government process.

In the meantime, Potts says he will focus on the campaign trail leading to the Nov. 2 election. “We’re going to keep knocking on doors and keep listening to the people.”