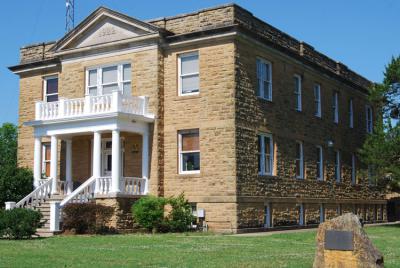 The controversy that embroiled many Osage students in late 2009 over the Osage Higher Education Scholarship seems all for naught now that the Office of the Chiefs has instructed the education department to drop all requirements to receive the scholarship starting with the 2011 Spring Semester.

The reason being: increased enrollment.

“This plan is more equitable for everyone involved,” said Deidre Bigheart, director of operations in a prepared release from the Office of the Chiefs. “We believe this is a good problem to have, as it means that more Osage tribal members are going on to school and receiving assistance from the Osage Nation.”

But what about all the hubbub in 2009 when the Gray administration said that requirements had to be in place so that the Nation and students wouldn’t be liable for the money come tax time? A Washington D.C.-based tax attorney was flown in for congressional meetings on the subject, hundreds of students had to fill out separate applications for room and board before they received the full amount, students attending lower-cost institutions only received enough to cover their tuition, books and room and board. Some students had to drop out and move home because their letters of intent from the Nation weren’t fulfilled with their scholarship. Was it all for nothing?

The Osage News posed the questions to the Red Eagle administration. Chris White, executive director of governmental affairs, said that he remembered there being a controversy but that their dropping of the requirements was a separate issue and had nothing to do with what happened in 2009.

“Again, there are more students applying for assistance, but the funds have not been increased. Something had to ‘give,’” White wrote in an e-mail. “The question to the Executive team was, ‘how do you take the same amount of appropriation and make that stretch to cover more students?’”

The Osage News was going to ask the director of the education department, Robert Hyatt, who sat through all those hotly debated congressional meetings in 2009 but was informed that he had resigned. An interim director has not yet been named.

According to the Internal Revenue Service Web site under Topic 421, any scholarship or grant that is awarded without specifically stating gross income amounts used for incidental expenses such as room and board, travel, and equipment could be deemed taxable income.

If any part of the scholarship or fellowship grant is taxable, the student may have to make estimated tax payments, according to the site. For more information the site lists Publication 970, Tax Benefits for Education that can be found at www.irs.gov/publications/p970/index.html.

Theoretically, an Osage student could receive up to $7,500 a year from the Nation in free money – $3,500 from the higher education scholarship each semester and $500 from the health benefit card. Those students enrolled part-time will receive a pro-rated amount. There is also no grade incentive to receive the scholarship.

According to education department statistics, 46 percent of the students who receive the higher education scholarship attend school in state.

The deadline for higher education scholarship applications for the 2011 Spring Semester is Dec. 31. Verification of enrollment forms, financial aid forms and grades are due Jan. 31.

If a student has any problems getting documents released before the education department’s deadlines they are to notify them by mail, or e-mail them at scholarship@osagetribe.org and let them know the documents will be late.