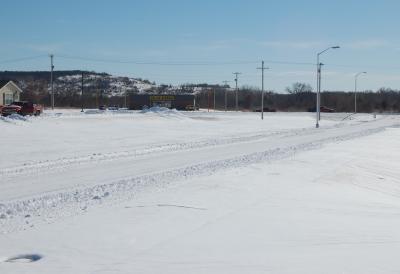 Osages and their families are enjoying the winter wonderland that now envelopes the reservation. Schools and the Osage Nation campus is closed until further notice.

Starting around 3 a.m. Tuesday morning, blizzard winds and 20 inches of snow fell throughout the day and didn’t end until around 6 p.m.

In addition to Osage County, neighboring counties included in the blizzard were Pawnee, Washington, Nowata, Rogers and Tulsa.

Single-digit wind chills are threatening the snow’s departure, making it uncertain as to when the schools and campus will be reopening.

Gov. Mary Fallin declared a state of emergency for all of Oklahoma’s 77 counties mid-Monday ahead of the storm, the Associated Press reports. This declaration gives the state a mechanism to allow local governments to be reimbursed for storm-related costs. It is also a first step toward seeking federal aid, if necessary.

The Osage Nation Language Department cancelled its Monday evening classes in Pawhuska due to the incoming storm.

The Nation’s Emergency Management office is warning residents in the affected weather areas to pay attention to the wind chill conditions and take precautions for pets and livestock. Other recommended precautions include: maintain a four-foot diameter around space heaters which is free of any combustible material; and check smoke and carbon monoxide detectors to make sure they are working properly.

Residents are also encouraged to check on neighbors, especially elders.