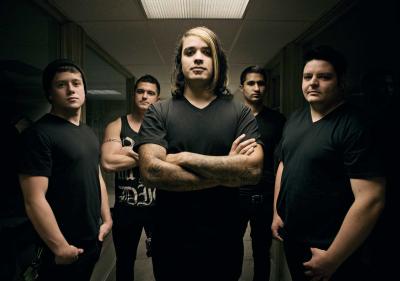 Kickstarter fundraiser to help aid Osages in the band Aviyn

Osages Ted Brunt and Skyler Hensley are asking for your donations, even if it’s only one dollar.

Brunt and Hensley are in a band called Aviyn and currently do not have the funding to play for their fans in other states. A fundraising project through an online community called Kickstarter will help aid them so they can play in more places and possibly go on tour.

“The idea behind this is that people look at our online fundraiser page and pledge to help us reach our goal by March 31st,” Brunt said. “Any donation from one dollar on will receive something in return.”

According to Aviyn's facebook page, Aviyn is a metalcore band with crushing breakdowns, melodic guitar, heavy hitting bass and drums, and a great mix of beautiful clean vocals and in your face heavy screaming. Aviyn's main mission is to establish themselves as one of the top metalcore band's around today. With a live performance like no one else, they are sure to breakthrough in 2011, according to their site.

Aviyn has shared the stage and learned important musical characteristics from bands such as, The Misfits, Powerman 5000, August Burns Red, 36 Crazyfists, Catherine, It Dies Today, Fear Before the March of Flames, Oh Sleeper, Project 86, A Plea for Purging, Walls of Jericho, Vanna, The Showdown, and Beneath the Sky. Aviyn has spent the past three years amassing a central fan base, touring the Midwest, taking part in radio interviews, participating and winning in band competitions while sharpening their unique sonic tone, and polishing their well recieved energized stage presentation, according to their site.

Now they are at an exciting point in their musical careers and are ready to establish themselves as "the band to see."

The next show for the band is at the Cain’s Ballroom in downtown Tulsa on March 18.

To Learn more about Aviyn go to their social networking sites: