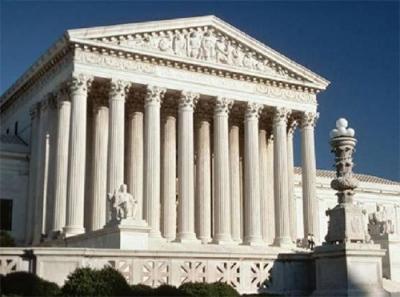 U.S. Supreme Court calling for the opinion of Solicitor General

The U.S. Supreme Court has called for the views of the Office of the Solicitor General in the Osage reservation status case against the Oklahoma Tax Commission before they decide whether or not to hear the case.

“While this is just another step in what has been a very lengthy process, we are relieved by today’s decision and will continue to pursue every option available to us,” said Osage Nation Principal Chief John Red Eagle.  “We are confident in the merits of our case, and we are hopeful the Supreme Court accepts our Cert petition.”

The acting Solicitor General is Neal Katyal who is filling in for Elena Kagan, who now serves on the Supreme Court. Often called "the 10th justice,'' the solicitor general is the government's representative at the Supreme Court, advising the attorney general on legal matters and deciding whether the government will appeal adverse lower court rulings.

“[The] order from the Supreme Court calling for the views of the Solicitor General on the Nation’s petition is a significant development in the case because it signals that the Supreme Court is looking seriously at the petition,” wrote Millett on the Web site Turtle Talk, a Native American legal blog. “The United States’ views on this important question will now be officially obtained for the first time in this case.”

Millett also wrote that the high court could hold that a reservation has been disestablished without any express direction from Congress or obtaining the views of the United States government. Given the timing of the Court’s order, it is likely that the United States will file its brief in response to the Court’s order in May and the Court will act on the petition before the end of the Term in June, she said.

The Nation has contended it has a federally-recognized reservation which makes its tribal members living and working on the reservation, under federal law, exempt from paying state income taxes, according to a prepared release. The Oklahoma Tax Commission said the reservation was disestablished, but failed to identify any clear language in any act of Congress which supports that claim. The U.S. 10th Circuit Court of Appeals denied the Nation’s request for rehearing in May.

The Supreme Court is expected to make a decision about whether to hear the case later this year.