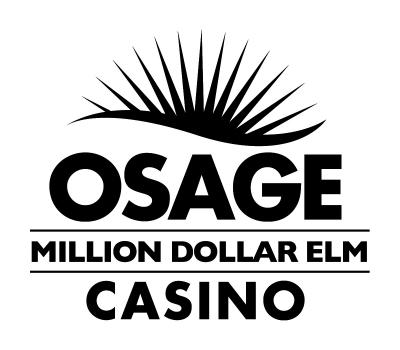 The Second Osage Nation Congress unanimously passed a supplemental appropriation bill allocating $50,000 for land-into-trust application and completion costs on Feb. 25 during the Sixth Special Session. These monies will be designated for the trust applications concerning the lands holding the Osage Million Dollar Elm Casinos in Tulsa, Skiatook and Ponca City.

The 12-0 votes are for ONCA 11-25, which is “to provide a supplemental appropriation to the Executive Branch for land into trust application and completion costs in the amount of $50,000.” Its sponsor is Congressman Raymond Red Corn.

“We are in the last phases for the approval of these applications,” Principal Chief John Red Eagle told Congress Feb. 23 when the special session started. “The Tulsa and Skiatook applications are sitting in Washington, D.C. (with the federal Department of Interior) as we speak. The Ponca City application is to follow soon.” He said the money “would cover the costs of attorney fees, attorney costs, title opinions, etc.”

Red Eagle said he did not have an exact date when the Ponca City application would be forwarded to Washington officials, adding he spoke with Bureau of Indian Affairs officials recently who told him “it would probably be by the end of March.” The trust applications were initially submitted to the BIA regional office in Muskogee before they were sent to Washington for final action, the Chief’s Office said in January.

The Congress originally passed a $90,000 appropriation bill (ONCA 10-99 sponsored by Congressman William “Kugee” Supernaw) during the Tzi-Zho Session last September. ONCA 11-25 brings the total amount to be spent on land-into-trust applications to $140,000.

The Nation has submitted land-into-trust applications for the lands holding the Tulsa, Skiatook and Ponca City casinos for the Interior department’s consideration. This is being done to safeguard the casino operations while the Nation and the Oklahoma Tax Commission wait on a decision whether the U.S. Supreme Court will hear their case in which the OTC is challenging the Nation’s reservation status.

In a related development, OMDEC officials told the Nation’s Gaming Enterprise Board during its Feb. 16 meeting that another trust application process is needed for the land behind the Tulsa casino to develop any gaming operations on that land.

At the board meeting, the members learned the Nation-owned land was not included in the ongoing land-into-trust application, so that means another application must be filed so the land could be held in trust with the Department of the Interior for future casino gaming property expansion. Casino CEO Neil Cornelius was out of state for training that day, so his executive assistant Kimberly Pearson delivered his CEO report on his behalf.

Pearson said the Nation owns 75 acres, which sits behind the Tulsa casino on West 36th Street, which has yet to be filed into trust status. “We had had plans to put that property into trust as well, but once we got the process started, we decided that our focus just needed to be on the properties that actually had gaming on them… We would like to get that back 75 (acres) into a trust status as well and just wanted to bring that to the attention of the board to see how we would move forward with that.”

Recently-appointed board member Aaron Bighorse asked for clarification on the topic since the Feb. 16 meeting was his first one after being appointed by Chief Red Eagle.

“We originally excluded it from the trust processes that we’re in right now because it’s got a lot of oil wells and different things on it, we weren’t going to be able to get a categorical exclusion on it so we were going to have to do the full-blown environmental (study) and we felt, at the time, that it might hold the applications up.”

A timeline for putting the 75 acres into trust status wasn’t immediately known. The next Gaming Enterprise Board meeting is scheduled for March 17 at 11 a.m. at the Wah-Zha-Zhi Cultural Center in Pawhuska.