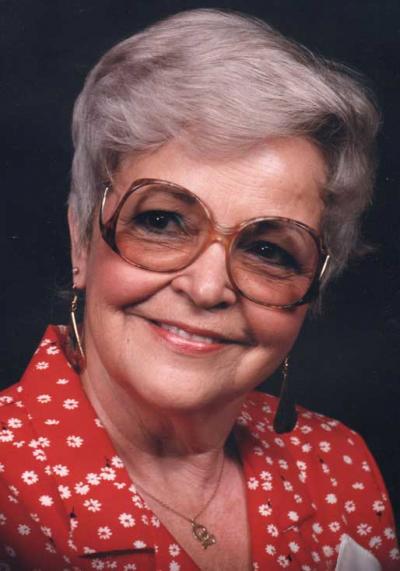 Luan went to be with her Lord and those who passed before her on February 21, 2011 at the age of 81 years. She was born on November 13, 1929, in Tulsa, Oklahoma. Luan was the most loving, kind and giving person with a big heart. She had many friends who loved her and will miss her as much as we do.

Luan was the beloved daughter of Elona S. Davenport (Osage) and Walter C. Davenport (Cherokee). She was a descendent from Susan Perrier and the Harlow families. She spent her childhood mostly in Tulsa on her grandfather’s (Jay Grover Mackey Harlow) allotted land, and spent some time growing up in Arizona and Oregon.

During the hardships of the 1930’s she was blessed with a farming family that helped many people during their time of need. Due to her family’s good example of caring for those less fortunate than her, she became the wonderful person she was throughout her life and she was a pillar of goodness.

She liked being around and learning about her people. She was ecstatic in receiving her Osage name (Ke-ah-don-ee) from Uncle Harry Red Eagle. In 2002 she and her daughter (Sandra) moved to Pawhuska where she felt like she came home.

In the words from her grandson, Michael; he could not have been prouder to have her as his beloved grandmother. He always knew she was his special gift from God with a love that was never ending and uncompromising.

Luan was grace herself, she was blessed with kindness, love, honor, respect, loyalty, and she did not prejudge people and took everyone at their word and action. She always had a great sense of humor that she never lost during her illnesses.

Our family and friends wish to “Thank” the Hometown Health Care nurses, therapists and her nurse aide for taking such good care with gentleness and respect over the past two years. Again she was blessed by those who took such good care of her.

Luan was put to rest on March 10th, 2011 with prayers given by Mr. Andrew Gray. His memories of her were comforting and true, she would be so pleased and thankful to know Andrew had put her to rest like she had asked some time ago.

Interment was at Floral Haven, Tulsa, Oklahoma. Luans’ dinner will be held on April 16th, 2011 at Wakon Iron hall.