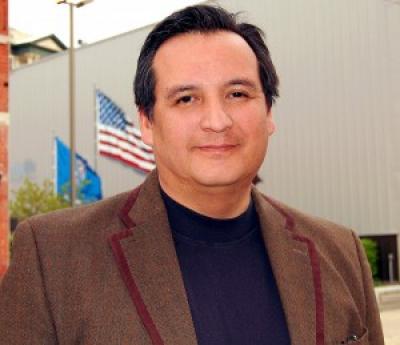 The Native American Contractors Association (NACA) has appointed Jim Gray, former chief of the Osage Nation, to serve as its executive director.

Gray will replace former NACA Executive Director Sarah Lukin (Alutiiq), who is returning home to her Native Village of Port Lions on Kodiak Island in the Gulf of Alaska to serve as senior vice president of corporate affairs for Afognak Native Corporation. She will remain on the board of directors. “Sarah has done an outstanding job promoting the critical role, mission and value of Native 8(a) during her two years at NACA,” stated NACA Chairman Lance Morgan, a member of the Winnebago Tribe of Nebraska. “Her contributions have positioned NACA for great success moving forward. We are thankful for her devoted service to our organization, and wish her the very best as she plans her return home.”

Gray led the Osage Nation for eight years, creating a 25-year strategic plan and spearheading a massive government reform effort to draft its own constitution, design its own government and define its own membership. He has served as chairman of theCouncil of Energy Resource Tribes, co-chair of the Trust Reform and Cobell Settlement Initiative and tribal co-chair of the Bureau of Indian Affairs Budget Advisory Council. “Jim is an exceptional choice to continue NACA’s legacy as the leading voice for Native Enterprises,” Morgan said in a statement. “His proven leadership and experience on Native issues will be a tremendous asset to the organization and its membership. We are looking forward to working with him and wish him great success in his new role.”

Gray will help NACA—a member organization of the U.S. Small Business Administration 8(a) program—advocate for government contracting opportunities for American Indian, Alaska Native and Native Hawaiian businesses. In the past year, the program has come under attack by several members of Congress, and the NACA has lobbied to protect the industry.

“NACA has a spectacular reputation as being a strong and determined advocate for Tribes, Alaska Native Corporations and Native Hawaiian Organizations,” Gray said. “I look forward to supporting our Native communities as they pursue economic self-determination,” Gray said. “I’m thrilled to be joining the NACA team, and can’t wait to get started.”