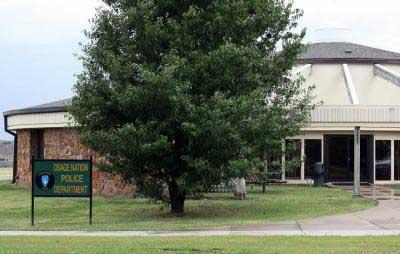 Change in command announced for ON Police Department

On June 8, the Osage Nation Executive Branch announced a change in command for the Nation’s Police Department.

Police Lt. Nicholas “Nick” Williams has been named Interim Chief, according to a news release. Williams replaces former police Chief John Drexil who is stepping down from the post to work as a police sergeant.

Deidre Bigheart, Osage Nation Director of Operations, officially informed Principal Chief John D. Red Eagle of Drexil’s decision on June 7, the release stated.  In her message, Bigheart wrote: “I would like to inform you that John Drexil has expressed his desire to step down from the position of Chief of Police. He has accepted my offer to become a Sergeant.”

Lt. Williams has worked for the ONPD since 2006 and has previously served as police sergeant, Bigheart said before concluding: “I would like to extend my sincere gratitude to John Drexil for his service as Chief of Police for the last 11 years.”