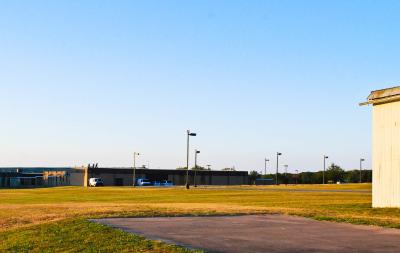 Osage Nation to assume control of Tulsa Airpark from LLC

The Osage Nation has announced it will assume control of the Tulsa Airpark, which was previously managed by the Osage Limited Liability Company.

A statement from Principal Chief John Red Eagle says the transfer decision “was made to provide room for expansion in several governmental programs and the tribe’s gaming operation.”

“We’re seeing a need for growth in several areas governed by the tribe, so all parties involved agreed that this was a necessary move for the future of the Tribe,” Chief Red Eagle said in a July 11 news release. “This transfer will facilitate better uses and operations at the airpark. We expect this to be a virtually seamless transaction, and we feel it could have a positive impact on Osage tribal members.”

On Aug. 5, the Executive Branch said: “The actual transfer is currently in the hands of the LLC and we’re waiting on word that the transfer has been filed at the county courthouse.”

“We believe this move is properly aligned with strategic, long range planning and is in the best overall interests of the Osage Nation,” said Chris White, executive director of governmental affairs for Chief Red Eagle’s office.

The airpark, located immediately west of the Tulsa Osage Casino (formerly the Osage Million Dollar Elm Casino) along West 36th Street, is home to the seven-casino enterprise’s administrative offices. But plans for the airpark include setting up office space for the Nation’s Gaming Commission which has its office headquartered in Pawhuska.

In the July 11 news release, Osage LLC Chairman Chuck Maker said “The Airpark is a stretch right now, as far as return on invested capital is concerned. But quite a few synergistic uses of the property continue to make the property strategically valuable for the Nation.”

The Tulsa Police Department leases space at the airpark for its helicopter operations, which will not be affected, the statement said.

It’s unknown what other tribal government operations will be placed at the airpark. Currently there are 135 Osage Casino employees who work in the central offices at the airpark, according to Chris Barton, the public relations coordinator for the Osage Casino.

The Tulsa Airpark property consists of 100 acres and is part of the original allotment of Osage Chief Peter Bigheart. The main building is 88,655 square feet with additional storage and hangar buildings with 26,320 square feet for a total of 114,975 square feet.