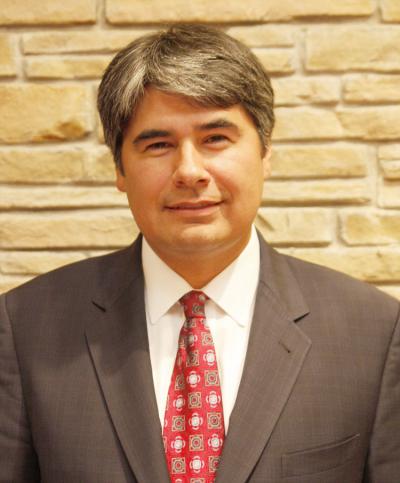 As night fell Wilson Pipestem would watch his father walk through the doors of their home and make his way to his home office.

“I’d go into his office and do my homework,” Pipestem said. “My father was an attorney for the Osage Tribe and he played an important role in identifying the problems that led to this case (Osage Trust Case), so I grew up following him, and so I knew what it would be like to take on this sort of case where I would see him working late nights in the office.”

For the last eight years, the 42-year-old Osage and Otoe-Missouria attorney has been a key conductor in the Osage Trust Case that settled last month for $380 million after an 11-year battle.

Growing up Pipestem watched his father and grandfather fight against the injustices placed upon Native people.

It is something the Washington, D.C. based lawyer said he was born to do.

“When I was a kid I always knew I wanted to be an advocate for Indian life,” Pipestem said. “My grandpa and dad were lawyers so that’s sort of where I grew up.”

Advocating for Native people has long been his specialty, but never did he imagine he would play a pertinent role in a historical Native American lawsuit as large as the Osage Trust Case.

Attorney in the making

Pipestem is a man of many backgrounds.

As a child, he, his siblings and parents moved wherever his father’s work took them.

Pipestem said his father moved them to Norman so he could have access to the University of Oklahoma’s law library, but his mother always said they moved to Norman so they could go to OU football games.

He graduated from Norman High School and earned a full ride cross country and track and field scholarship to Oklahoma State University.

“I grew up in a sports family, my younger brother Rock was a standout athlete and so was my sister Veronica; my dad was an excellent athlete,” he said. “Both of my parents, both sets of my grandparents, were diabetics. My dad died when he was 56 of diabetes complications, that’s when he told me to keep running …that’s what I tried to do.”

He said he often thought of being a track coach especially when he realized he had enough talent to be given a college scholarship.

He even considering moving to the east coast to extend his running career but something pulled him back.

“It just seemed too far from home,” he confessed.

So he moved to California instead.

He graduated from Stanford Law in 1995 and began his law career in D.C.

In 1999 Pipestem joined Wheat & Associates as a senior vice president where he helped develop the firm’s tribal practice. In 2001 he co-founded Ietan Consulting and the Pipestem Law Firm, where he is currently the managing partner, according to the Ietan Consulting Web site.

Eight years ago former Osage Nation Principal Chief Jim Gray requested a meeting with Pipestem about representing the Osage Nation in the Osage Trust Case that was sure to take years.

Gray said he didn’t have to think twice about bringing Pipestem on board because of his effectiveness with other tribal cases and his own tie to the Osage people.

“He was one of the growing number of American Indians moving into the lobbying profession. He came from a proud, strong, Osage family whose family were leaders in Indian issues. (He had) the proper upbringing (being) both Native and coming from a law background,” Gray said. “We hired him to be the tribal lobbyist in addition to being on the litigation team for the Trust Case.”

Pipestem was beyond thrilled.

He said after speaking with Gray he met with the 31st Osage Tribal Council and talked about the status of the case. Pipestem said it didn’t take much for him to accept the challenge.

“It was an honor for me to be asked to work on the case and to represent the Osage tribe,” Pipestem said.

Shortly after Osage Congressman Archie Mason became Speaker of the First Osage Nation Congress in 2003, he flew to D.C. and met the team, including Pipestem.

Mason said he’s known Pipestem since he was an infant. He said he knew his father and grandfather and watched him return to Grayhorse for the Osage ceremonial dances every June. He followed Pipestem’s career as a runner for OSU and later when he went on to law school.

He said seeing Pipestem in the tenacious political world filled him with confidence.

“(He was) pretty much on a first name basis with many of the aides in many of our congress’ offices and our congressional offices; [the] senate office from our Oklahoma delegation knew him and I was very glad to see that we had him not only representing us as Osages but other tribes as well…” Mason said. “I was very impressed that he had made himself a place there – and that especially as he was carrying the colors, as you might say, of the Osage, through this piece of litigation for our legal pursuits, he was in a good place for us and represented us well.”

She said he is respected for a number of reasons including the mentorship he provides to up and coming Indian attorneys and advocates.

“Wilson Pipestem is well known and respected in the circle of lawyers and lobbyists that serve Indian Country from offices here in D.C.,” she said. “He is known for his courtesy, civility, and professionalism, yet he also is a strong and ardent advocate for his clients. Finding that balance isn’t as easy as one might think, and achieving it says a lot about a person’s character.”

But the level of respect those have of Pipestem doesn’t stop in the political terrain.

Those who know Pipestem know him to be reserved, witty and smooth.

It’s a demeanor not often found in the jungle of politics and law, but it is something Pipestem has going for him.

Gray said it’s a character many other tribes find alluring, which is why Pipestem is often sought out for legal aid for many tribes across the country.

“(He’s) not flamboyant, talkative, but he rarely makes a mistake – he’s like Iceman, from the movie Top Gun,” Gray said. “A lot of tribes across the country, they value that.”

Some might say that’s something he learned in law school or from having walked around the political circle a time or two.

But when one gets to know the modest Pipestem they are quick to learn that it’s his humble upbringing that makes him a stealth weapon for any legal team.

Every June, for the entire 42 years of his life, Pipestem has made the trip back to Osage Country to take part in the ceremonial dances held in June.

He takes time out of his busy schedule to dance in the severe Oklahoma heat because being Osage, that’s just something you do.

He said attending the Grayhorse In-Lon-Schka has always been a priority for him and his entire family. He said it’s there, where he and others have learned life lessons.

Pipestem also serves as a board member for the Nike N7 Foundation. The organization receives funds from Nike N7 products sold and distributes them to tribal communities who apply for grants. He is also the chair for the Notah Begay III Foundation and has been with some of golf’s superstars including Tiger Woods.

Pipestem said while there were many difficult parts of the working on a case as large as the Trust Case, the time spent away from his family was probably the hardest.

“There were times of great stress related to the amount of time that would go into some, or part of the case, or having to approach a judge – and there were times I spent away from my family,” he said. “That’s been the most difficult part of putting the time in and sometimes the travel . . . I knew that having a big case, the sort of burden I would take on.”

Watching his father do the same thing, he knew what he was getting into.

He said he watched many elders and older folks, who strongly followed the case, pass on and listened as some of his own relatives anxiously awaited the results of the case.

“The outcome of the case was much more personal to me, how the case developed and how it led to what I believe is a successful outcome was much more personal. The impact on the individuals and Osage headright holders including my relatives and people I was close to,” he said. “The pressure of having your aunts, uncles, people who you rely upon in your day to day life look to you for answers about the case can be a heavy burden.”

But in the end it was all worth it.

“It’s been an honor for me to work with different Osage leaders who have had any part of the [Osage Trust] case, the Trust Team and tribal leaders…toward a common purpose and goal.”

As the settlement comes to a close Pipestem can look back at the 11-year battle that actually started more than 42 years ago, way before those late nights he spent in his father’s home office.