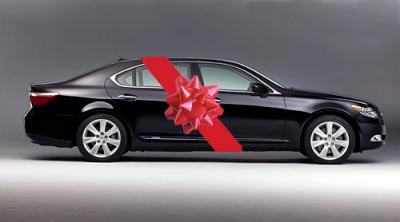 Some Osages were surprised when they received a letter in the mail from a car dealership with an exclusive offer for down payment assistance Nov. 14.

The mailing came from Barry Sanders Supercenter in Stillwater and offered “special discounts” to Osage tribal members for a limited time. The letter said Osages need not worry about poor credit scores because, “funds have been allocated specifically for this event.”

The car company is offering Osages $2,500 down or they can use that money as cash back after the sale is completed. The offer ends Nov. 30.

Osage reaction was split on blog sites and Facebook pages. Many Osages wondered how the car company obtained Osage addresses, some accusing the law firms that represented the Nation in the Osage Trust Case and others accusing 2010 election candidates of leaking the Osage voter list.

The Osage News contacted Barry Sanders Supercenter and asked how they obtained the addresses and why they sent the offer to all Osages and not just Osage shareholders.

“We had a handful of Osage Nation tribal members buy cars from us and we were informed that there was going to be some payout to them from the government from headrights, and obviously that would help anybody purchase a vehicle,” said Jeremy Bird, general manager. “We just got the zip codes for the Reservation, or the area, of the Osage Nation, and then filtered that by a Native American filter, making the assumption that most Native Americans living in the area are Osage.”

Bird did not know the specifics of the Osage Trust Case or the settlement payout to Osage shareholders Nov. 28 and assumed that all Osages were receiving the settlement money. However, an email later sent to the car dealership asking whether or not all Osages can take advantage of the offer if they received a letter or not. The representative said that Osages need only present their tribal membership card.

It isn’t new that schools, charities and other entities solicit the Osage Nation for donations.

A conversation between Osage Minerals Council members at their Nov. 16 meeting addressed a charity event at the Osage Event Center being held Dec. 10. The proceeds will go to the NikeN7 and Notah Begay III (NB3) Foundation, Osage Tribal Museum, and possibly a soccer field for Pawhuska High School.

The event is called the Osage Holiday Gala and Danette Daniels, Osage, addressed the council on whether they would like to purchase a table at $10,000 and if they approve of event statements referencing the Osage Trust Case Settlement as a celebration.

Daniels said that the Office of the Chiefs, Akin Gump Strauss Hauer & Feld LLP, and Pipestem Law Firm (attorneys for the Osage Trust Case) have all promised $30,000 each, making the committee’s starting balance $90,000.

The response from the OMC was mixed.

Councilwoman Cynthia Boone said that when she first heard about the gala, she heard it was for a soccer field at the Pawhuska High School and then later learned that NikeN7 and NB3 would be the main beneficiaries of the proceeds from the event and that the high school “could” see proceeds. She suggested that if the council wanted to give money to the high school they should just send it directly to the high school.

“I was elected for minerals matters, not purchasing a table,” she said.

“This thing just gets bigger and bigger,” Red Eagle said. “This is not a time to celebrate.

He said that Osages should be in a period of reflection and that it’s their Osage ancestors who deserve the settlement because they paid dearly for it. “I thought we were supposed to be humble.”

According to the Facebook page for the event, all proceeds“will benefit the Osage Tribal Museum, help build a new soccer field for our youth, and help in the fight against Native youth diabetes and obesity!”

Councilmen Joseph “Sonny” Abbott and Galen Crum were in support of the fundraiser, saying that proceeds will go to help Native youth, including Osage youth and the Osage Nation Diabetes Program. Councilman Abbott said that the settlement is historical and should be celebrated.

“What you’re doing is donating to the kids,” Crum said. “If you choose to do this, it’s multiplying the money, getting people there, and that’s how these things work.”

Osage Shareholder Julia Wilson asked the council where the $10,000 would come from and Crum said that the money would come out of the council’s S-510 account.

“This is business, this is something that is business and is not to be a big celebration because the majority of your shareholders [live out of the area] and you know how I feel – I don’t think we did well on that trust case.”

Councilman Abbott made a motion for the council to buy a table for $10,000 at the event and he made a second motion to allow the gala committee to reference the settlement.

For more information on the Osage Holiday Gala visit their Facebook page.