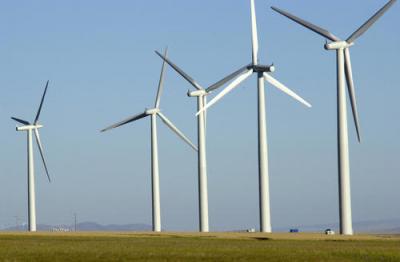 The Osage Nation has filed a notice of appeal in the wind farm lawsuit against the Missouri company planning the 94-turbine project near Burbank.

The appeal notice was filed Thursday Jan. 19 and will be up for consideration at the United States Court of Appeals 10th Circuit in Denver.

Chris White, executive director of governmental affairs for Principal Chief John Red Eagle, announced the appeal filing on Thursday. The Nation, through the Osage Minerals Council, is suing Wind Capital Group to prevent the company from building a wind farm on approximately 8,500 acres near Burbank.

“We feel today’s action speaks for itself,” White said in a statement. “We firmly believe the initial ruling was an error, and we continue to believe the legal standing of the Osage Minerals Trust is paramount and fully protected under federal law.”

The Osage lawsuit was initially filed against St. Louis-based Wind Capital Group in October and the case was expedited into a two-day trial in December. The company told the court it needed to finish the wind farm construction by the end of this year in order for the project to qualify for a federal tax credit and to finish pursuing financing the project with lending institutions.

Presiding Judge Gregory Frizzell ruled in favor of Wind Capital Group on Dec. 15. The Osage Minerals Council argued the wind farm project would interfere with developing the Osage Minerals Estate, but Frizzell disagreed and opined: “The Court concludes the Tribe has failed to establish irreparable harm. Much of (the tribe’s) case is built upon speculative concern that unreasonable interference may occur.”

According to appeal documents filed, Merrill Godfrey, an attorney with Akin & Gump, will represent the tribe in the appeals process.

Frizzell’s verdict also calls for the tribe to cover Wind Capital Group’s court costs, which total $9,241 in court expenses, according to documents filed by Tulsa-based attorney Craig Fitzgerald who represented the company in the case.

A hearing on the bill of costs has been scheduled for Jan. 31 in the U.S. District Court Clerk’s office in Tulsa. But the tribe is asking the court for an extension in order to file its objection to covering Wind Capital Group’s billing costs.

In documents filed Jan. 19, the tribe is requesting that the hearing on the bill costs be held no earlier than Feb. 14 and a deadline extension to Feb. 3 to file its objections.

The tribe cites its hiring of Godfrey for representing it in the appeals process, “Counsel needs additional time to review the pleadings in this case and to prepare objections to the Bill of Costs,” the tribe states.

Tony Wyche, spokesman for Wind Capital Group, said the company has no comment on the appeal, adding, “we continue with pre-construction activities.”