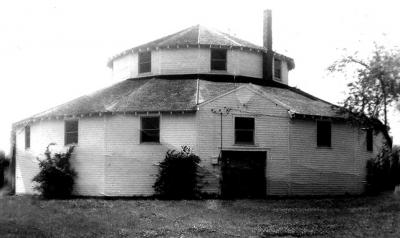 The Grayhorse District can breathe a sigh of relief.

The Second Osage Nation Congress unanimously passed ONCA 12-20 Jan. 20, a bill that appropriates $550,000 to the Grayhorse Five Man Board to begin design and construction on a new Roundhouse for the district.

Upon signature of the Principal Chief, the Osage Nation Properties Department in the Nation’s Executive Branch can begin bidding out construction on the project which will level the current arbor and construct a roundhouse in it’s place.

The board and dance committee of Grayhorse wish to have the new roundhouse completed before the Grayhorse War Mother’s annual dance, which usually happens on the first or second weekend in May. That would give the board roughly three months to complete the project.

In a Jan. 19 presentation to congress the Grayhorse board, dance committee members and community members stressed the importance of passing the bill and getting construction started immediately – even after several members of congress warned that the project might not get finished before June.

“What we have right now is a danger, what we’re losing sight of is what we have now is a hazard,” said Chuck Tillman, Grayhorse Five Man Board member. “If we have a good snow, we might not have a structure at all.”

Congressman William “Kugee” Supernaw said that the congress wants the district to have their new roundhouse, but he was worried that if left up to the Executive Branch, the structure might not get built in time before the June dances.

The money appropriated in ONCA 12-20 goes to the Grayhorse Five Man Board, but the board members at the Jan. 19 presentation said they will turn the project over to the properties department to oversee.

“We’ve had laws that was passed in the last nine months that haven’t been implemented and there are some laws that has been completely ignored,” Branstetter said. “There are a lot of other factors other than us passing this law. I wish I could say we pass the law and it’s implemented but that’s just not always the case.”

As an example she used the legislation sponsored by Congressman Raymond Red Corn to build storm shelters in the Pawhuska Indian Village. The legislation passed last spring but so far, no construction has began for the shelters.

A new dance arbor has been talked about and debated for years, with arguments for and against it. Every June, with the interest to participate in the In-Lon-Schka growing, dancers have crowded under the arbor.