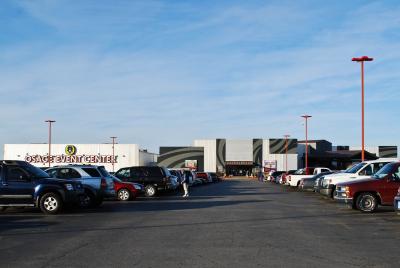 ON Gaming Board hires company for Osage Casino projects

The Osage Nation Gaming Enterprise Board has hired an owner’s representative company to be the liaison for the Osage Casino enterprise as it continues planning expansion projects for the Skiatook and Ponca City casinos.

Osage Casino CEO Neil Cornelius said Austin, Texas-based Square One Consultants, Inc. has been selected by the gaming enterprise for representing it during the forthcoming projects. “(Square One) will represent us as owners through the construction process” to make sure the projects are done on time and building costs stay within their budgets, he said of Square One which also has a Tulsa office.

The Nation has been discussing a casino expansion project for years with particular attention on the Ponca City casino, which is currently housed in several trailers on the property east of the Arkansas River along U.S. Highway 60. It opened in December 2007.

Kevin Fleming, who is president of Square One, appeared at a Jan. 18 gaming board meeting presentation on the company and said he would be a primary contact for the Nation as it moves forward with the projects.

Cornelius told the board that Square One would be representing the gaming enterprise independent of the contractors and architects who would work on the project. Cornelius said Square One’s work portfolio on Native American-owned projects include the Quapaw Tribe’s Downstream Casino Resort located just inside the northeastern tip of Oklahoma. Opened in 2008, the Downstream gaming property comprises a 12-story hotel tower with 200-plus rooms and approximately 2,000 slot machines.

As part of the working relationship with Osage Nation gaming and government officials, Fleming said his company plans to issue monthly reports on the project status, which includes the construction schedule and budgets. In providing quality management on the project, Fleming said “we’re going to identify any issues before they become problems.” As an example, Fleming said the company would help the Nation through whatever issues come up, including “digging up a dinosaur” during the project.

Square One officials will be checking for quality and efficiency issues with the projects, which include making sure the structures are built to building code standards and appliances and facilities are operating normally. For example, Fleming said the company would be able to immediately identify a malfunctioning water heater, which must be replaced right away, or else the casino could incur replacement and any damage costs later.

During the Jan. 18 meeting, the gaming board did not act on a resolution to approve Square One’s contract with the enterprise pending a gaming licensure background check on the company. The resolution returned during a Jan. 30 emergency gaming board meeting where it was approved by a 4-1 board vote.

Board member Stacy Laskey told the board (during the Jan. 30 meeting) the bids for the casino architects and construction project managers have not gone out to bid yet. Kimberly Pearson, who is executive assistant to Cornelius, told the board that bids for the casino architects and project managers would be advertised in the area newspapers as part of selecting the future successful bidders through the Nation’s competitive bidding act.

Board member Randy Carnett cast the lone vote against the contract stating he didn’t feel that he had enough information on Square One. “For me personally to defend something, I have to be aware of the background,” he said adding, “we will be accountable to decisions we make.”

Board member Ralph Haymond disagreed and stated, “I think everything has been done that needs to be done.” Haymond and Laskey joined board members Candy Thomas and Aaron Bighorse in voting “yes” on the contract.

After the vote, Cornelius invited the board members to participate in any work the enterprise will conduct with Square One. “We invite participation up front, it helps us answer questions,” he told the conference attendees.

According to its Web site, Square One has participated in construction projects, which include offices, learning institutions, retail buildings and residential structures. More notable projects listed in Square One’s portfolio is the Skylink automated train for accessing the concourses at Dallas-Fort Worth International Airport and an ongoing renovation/addition project for Dell Computer’s Round Rock facility north of Austin.

In recent casino news, the standing Osage Casinos are undergoing makeovers as the casino officials are removing the former “Osage Million Dollar Elm Casino” monikers at the seven casinos. The Tulsa casino, for example, is receiving a repainting on its exterior with black and gray trim. This replaces the former red trim and large musical instruments which hung against the building’s exterior.

Joe Olujic, the casino’s Chief Operating Officer, also said the Sand Springs Casino renovation project is progressing and the second phase of the project, includes carpet replacement over most of the facility’s floors. He said other casino property signs are scheduled to be replaced or are being redesigned.