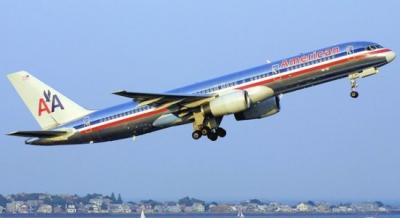 If you’re good friends with Principal Chief John Red Eagle, or married to a member of the Osage Congress, you might get to travel the country on the Nation’s dime.

According to records obtained by the Osage News, Principal Chief John Red Eagle authorized for Rod Hartness, a local professional steer roper, who reportedly attends Chief Red Eagle’s church in the Pawhuska Indian Village, to travel to Portland, Ore., to attend the prestigious annual conference of the National Congress of American Indians last November at the expense of the Nation.

Osage Congressman John Free took his wife to NCAI at the expense of the congressional credit card. The payment of her ticket was unauthorized and when discovered, Free had to pay the money back – in which he paid back the next day.

Hartness has not paid the price of his plane ticket back, nor has Chief Red Eagle.

Chief Red Eagle, Hartness and Free did not respond to questions for this article.

Last November while tribal leaders were meeting to discuss the biggest problems facing Indian Country, Osage elected officials at the NCAI conference were notifying the Osage News that Hartness, non-Osage and not an employee of the Nation, was at the conference with the chief at the expense of the Nation.

On William Kemble’s last day at work as the Osage Nation Treasurer Feb. 8, he made two trips to the Osage News offices before he left town.

The first packet he delivered was his resignation and responses to the allegations made by the Osage Congress that he had performed malfeasance in office. The second was a packet of travel records for the NCAI trip by his former boss.

Before handing over the travel records, Kemble said he wished he could redact an email authorization and flight itinerary for Hartness, but he wouldn’t be able to.

Later, Kemble said, "I did not approve any of those travel documents and discourage the allowance of Non-employees and Non-officials traveling on the Nation's penny, but sadly it can apparently happen."

The flight itinerary for Hartness, which showed a round-trip ticket through American Airlines and Alaska Airlines, flying coach, was for a cost of $772.80. The email, dated Oct. 11 from Linda Teeman, special assistant to the chief, instructs two Chief’s Office employees, “Per Chief Red Eagles (sic) instructions, the Executive Branch will be paying for Rod Hartness travel to NCAI in November.”

Hartness is the known companion of Chief Red Eagle’s latest appointee Ashlee Morton, who also attended the NCAI conference. Morton was appointed in July of last year as the Legislative and Legal Analyst for the Nation.

Morton’s professional bio, resume and job description was requested but the Human Resources Department denied her resume due to personal information. Morton did not reply to the Osage News.

Questions to the Chief’s Office on what businesses, leases or what purpose Hartness served the Nation at the NCAI conference were unanswered.

It is known that Hartness has a $5,000 Osage Casinos sponsorship, approved last July in an Osage Nation Gaming Enterprise Board meeting. It is unknown whether Hartness is still competing professionally due to a knee injury he suffered last year, not long after his sponsorship was approved.

“Prior to the $5,000 sponsorship the Casino sponsored Mr. Hartness by paying $810.00 to place our logo on his rodeo wear (shirts & hats) and decals for his trailer for display at all rodeo events,” according to an email from Kimberly Pearson, executive assistant to Osage Casinos CEO Neil Cornelius. “The money was paid directly to the vendor and not to Mr. Hartness.”

The Osage News, in total, filed five Open Records Requests to get the travel records for the NCAI conference.

A request was filed with the Osage Congress Jan. 3 for the travel records of all the congressional officials who attended the NCAI conference. The records were sent to the Osage News that same day showing a plane ticket for Cindy Free in the amount of $444.80.

Second Speaker Raymond Red Corn said that an unauthorized transaction was made by a former employee to buy the plane ticket for Cindy Free on the Congressional credit card. When Red Corn was alerted to the transaction he sent a memo to Congressman Free asking him to pay the money back. Free paid the money back the next day. The Osage News made a second records request Jan. 19 for the memo and the check receipt and was given those records the same day.

Three record requests were filed with the Chief’s Office to get the travel records for the NCAI conference. The first records request to the Chief’s Office was turned in to a front desk assistant on Dec. 12. Teeman, special assistant to the chief stood nearby and listened to the transaction. The clerk did not know how to log in the request or give a proper receipt. The Osage News asked whom the request would be going to and the clerk said the request would be going to Teeman.

The Osage News checked on the request after 10 business days, which is the required response time according to the Open Records Act to produce the records or issue a denial of the records. Debra Atterberry, senior advisor for the chief, said she was unaware of the request and checked with other officials and ultimately said the request was lost.

The Osage News filed a second request with the Chief’s Office Jan. 3. Ten business days passed, no records or denial came forth. The Osage News again asked Atterberry about the request. She said she would check on it. The Osage News then asked her if the request should be filed with the Accounting Department instead, and she said probably, and apologized.

The Osage News first attempt at filing the third request was to Ashlee Morton who said the employee that files the Open Records Requests was gone and the Osage News would have to wait until she returned to work. Three days later the one employee that files and logs in open records requests returned to work, after family obligations due to a death. The request was filed and sent to the Accounting Department and the records were produced by Kemble on the day he filed his resignation.

STATEMENT FROM THE OFFICE OF THE SPEAKER

The recent story in the Osage News implied that Members of Congress may have the Osage Nation pay for their spouses to travel with them on official business trips, or that Members of Congress are attempting to have the Osage Nation cover such costs. I would like to make it clear that Members of Congress pay for their spouses to travel if they accompany them on a business trip. Upon investigation by our staff, it was discovered that the plane reservations for Congressman Free and his wife were not made by a former member of our staff. The reservations were made by Congressman Free on the Congressional credit card. Congressman Free did so under the belief that this was the proper way to make the reservation, and that he would be responsible for the reimbursement to the Nation. He waited to be notified or receive a bill for the fare, and once notified, he reimbursed the Nation.

By making his own plane reservations on the credit card, Congressman Free deviated from the usual method of making travel reservations, but he did so without any intent to deceive or abuse his position as a Member of Congress. The Congressional Affairs Committee and the Rules and Ethics Committee will be reviewing the travel policies to ensure that Members of Congress have a clear understanding of the process, and to make sure there are mechanisms in place to inform Members when a reimbursement is due going forward.

[Editor's Note: This story was modified Feb. 24 to reflect the Congressional Speaker's statement.]