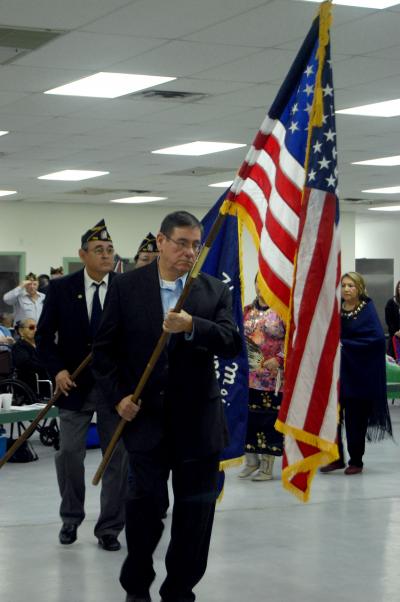 The Osage Nation is seeking Osages to fill five positions on the Osage War Memorial Commission.

This commission will be responsible for making construction and administration of an Osage War Memorial a reality.

The Second ON Congress voted by majority to pass a legislative bill creating the Osage War Commission during last year’s Tzi-Zho Session. The legislation (ONCA 11-86 sponsored by Congressman Geoffrey Standing Bear) appropriated $500,000 into a War Memorial revolving fund in addition to creating the five-member body responsible for directing the War Memorial’s construction.

According to ONCA 11-86, the bill’s intention is “to follow the Osage Nation tradition of honoring Osage Veterans” and “to provide a physical reminder to the present and future generations of the contributions and sacrifices of the Osage veterans and their families by building the Osage War Memorial at the Osage Agency Campus.”

Only Osage tribal members are eligible to serve on the commission. Three of the positions must be filled by veterans. Members of the Grayhorse and Hominy War Mothers and women auxiliaries of veteran organizations are encouraged to apply. Compensation is available for those selected to serve.

The War Memorial Commission will be charged with appointing a director for the memorial. According to the bill, the commission responsibilities include:

·      Adopting and periodically reviewing a statement of philosophy, mission and goals that clarify basic educational responsibilities of the memorial.

·      Establish general policies for governance of the memorial and hold the director accountable for administering them.

·      Direct the architectural design selection process of the memorial; review and approve construction contracts below $25,000 in accordance with the Nation’s bidding process law (contracts with higher amounts must be approved by Congressional resolution)

·      Review and make recommendations to Congress on site selection matters.

·      Consider communications and requests from Osages on items of public concern (policy and administration, for example) affecting the memorial.

·      Enter into business agreements or contacts to fulfill the duties of the commission and objectives of the memorial. However the commission may not authorize waivers of sovereign immunity without Congressional approval via resolution.

·      Engage in fundraising for the memorial and inform the public regarding the progress, needs, financial status, accurately account to the ON government for receipts and expenditures.

Osage tribal members interested in serving on the commission are asked to submit a cover letter and a short bio or resume to Chris White, Executive Director of Governmental Affairs,ccwhite@osagetribe.org or at 627 Grandview in Pawhuska.  Veterans are asked to include a copy of their DD-214. For assistance, please call 918-287-5435.

Principal Chief John D. Red Eagle will make the commission appointments, which then must be confirmed by the ON Congress, according to the commission bill.