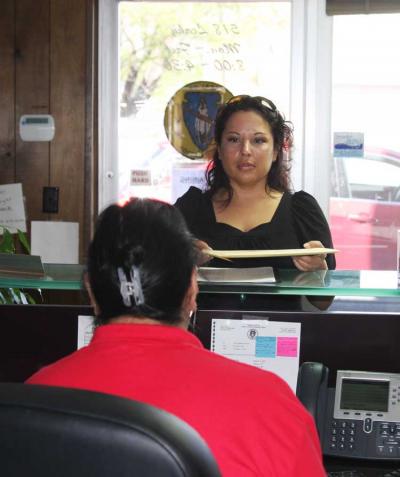 Registration closes for 2012 election with 34 candidates

At the close of business April 2 the Osage Nation Election Office reported that 34 candidates had registered for the 2012 Osage General Election.

Out of those 34 candidates, five are incumbents, five ran for an office in the 2010 general election, and the rest are new faces.

Berbon Hamilton was the first candidate to walk through the Osage Election Office doors March 15, said Delores Davis, election office staff. He was waiting for her to open the doors at 7:55 a.m. The last candidate to register was Kathryn Red Corn, who registered on the last day of registration April 2. Red Corn ran for the Osage Minerals Council in 2010 and finished 10th.

Election Day is June 4 with the poll opening to the public at 8 a.m. Watch the Osage News website for regular updates on the election, the candidate video series “Candidate Talk,” candidate rallies, political news blogs, election deadlines, and the Candidate Weekly Roundup beginning the week of April 23.

The six highest vote recipients on June 4 Election Day will serve on the Third Osage Nation Congress for four years.

The 34 candidates are as follows, in alphabetical order:

According to documents obtained from the Osage election office, a person must be at least 25 years old on the date of the election, and never been convicted of a felony, to be eligible for candidacy. They must have an Osage Nation Membership Card (not a CDIB), a government issued ID (such as a Driver’s License), and $300 in the form of a cashier’s check or money order payable to the Osage Nation Election Office.

Candidates may obtain a Voter Registry (list of registered voters), in which the fee will be included in the filing fee.

Each candidate must file two campaign reporting statements detailing donations of $1,000 or more and the equivalent of that amount in goods and services from individuals or families. That also includes multiple donations by a single donor that accumulate to $1,000 or more.

Campaign reporting statements must also detail donations, or good and services, of any amount received by the candidate or campaign from a corporation, LLC or any business entity whether organized by a state, tribal or federal charter.

Candidates will also be required to file any expenditures made by the candidate or the campaign and any balance of funds at the time of the statement.

Candidate’s campaign reports have to be filed with the election office no more than 15 days prior to the election date for certification. Reports must include all donations and expenditures made up to that date, even those made prior to the candidate filing date. After the election, a second report is required to be filed no more than15 days post election. The report must be a complete detailing of the candidate’s entire campaign.