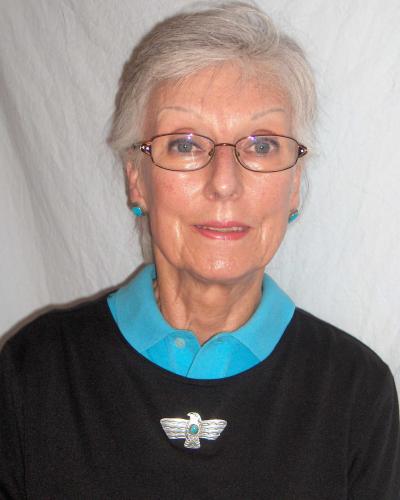 People become frustrated when problems are seen and solutions ignored.  When situations persist, people lose faith in the ability and willingness to change old patterns.  As a congresswoman, I would respect the traditions that ensure the importance of our people and work to change persistent problems.

I decided to become a candidate for Osage Nation Congress after much thought and after years of hearing and seeing the frustrations and concerns of many of my fellow Osage.  We can have the Osage Nation we want and walk tall through our participation and our selection of committed elected officials.  You, as an Osage, have an important decision to make: Who will best represent you in Congress?

My background as an educator and a businesswoman has prepared me to be a congresswoman. I graduated from Sonoma State University with a degree in anthropology and received a master’s degree in education from Dominican University.  I have been a teacher, education specialist, superintendent/principal, and businesswoman working with district, county, state, and federal education codes and managing state and federal money.  I was a superintendent/principal for a school district with all Pomo students.  I worked hard to financially meet the best educational needs of students and upgrade the learning environment with the support of the tribal council.  I served on the board of the American Indian Public Charter School in Oakland, CA, which addressed needs of urban Indian youth.  I was a member of California Indian Education and National Indian Education Associations.

I moved home to Pawhuska in 2005 to be close to my mother, Betty Revard and to participate in the Osage community which has given me its traditions, history and identity.  I visited Pawhuska as I was growing-up and always knew this was home.  My grandfather, Clarence Revard, instilled in me the pride and understanding of being Osage and to always walk with my head held high in the Indian and non-Indian worlds.

I serve on two boards, volunteer at a soup kitchen and act as a Court Appointed Special Advocate.  I am president of GFWC Heeko, a women’s service club.  Being involved in the community is something that I have always done.

I am married to Frank Lorenzo, have one son Cory, who lives in Ignacio, CO with his wife Kalica.  My husband and I are owners of Buffalo Hills.  I dance In-Lon-Shka, have taken Osage Language classes and my Osage name is Xu-Thon-don-ee (Looking at the Eagle).

Although I advocate many of the same issues as other candidates, I believe very strongly that it is time to put the people first.  A start is analyzing each congressional bill for how it will benefit the Osage people before money is appropriated.  I would consider it a great honor to serve you as an Osage Nation Congresswoman.  I will be your spokesperson.  I will listen to you.  I will follow through with the best of my ability.