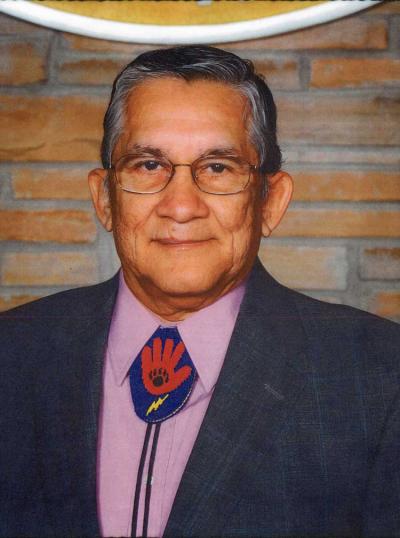 Simms has been a member of the Commerce and Economic Development Committee throughout his six-year term. He also serves on the Appropriations Committee, which works to ensure that expenditures stay within the Osage Nation’s projected annual budget. In addition, Simms serves on the Cultural Committee to preserve the Osage language and traditions.

With regard to the Osage Casinos, Simms believes that expansion is good, as long as the expansion is purposeful. “We need to have a plan which ensures that as expansion occurs, the business remains profitable. For example, new construction at the Osage Casinos is already underway. This needs to be done in a fiscally responsible manner in order to preserve profits as these projects progress. There has to be accountability at each step and I will work to ensure that this takes place.”

Mark Simms has a proven track record in building profitable businesses. Simms founded Accent Pest Control, Inc. in 1980, which has grown to be the largest independently owned company in Bartlesville, Oklahoma. He is also the found of Bartlesville Properties, Inc. established in 1989, which has grown to provide housing to 52 families.

Because of his business acumen, Simms was appointed as a member of the President’s Business Commission during the administration of President George W. Bush from 2001 to 2009. This Commission was charged with providing “leadership and input in moving the President’s initiative forward and promoting a pro business agenda in Washington.”

In 2003, Simms was selected as the Businessman of the Year from Oklahoma by the Business Advisory Council and the National Republican Congressional Committee. This recognition was for top U.S. business leaders who had successfully integrated business and financial success with the support of Republican issues such as tax cuts and decreased government regulation. These individuals were singled out to receive this prestigious award because of their unselfish commitment to the Business Advisory Council and for standing strong in the face of economic adversity. Simms and individuals from other states were featured in the Wall Street Journal that year.

Mark Simms, who is married to Linda Bellamy Simms, is the son of Evelyn Onhand Pitts and is the grandson of Ralph Onhand (Wah-Tsa-Ah-Tah) of the Beaver Band, original Allottee 582. After his father died, Simms was raised by the late Williams Pitts, brother of former Chief Paul Pitts, as his own son in the traditional ways of the Osage. Later, Simms was adopted into the Bear Clan and was given his Osage name, Le-Ta-Xoh, by Mary Red Eagle.

Simms attended Oklahoma State University for three years majoring in Business Administration with a minor in Psychology. He left OSU to serve in the U.S. Army. When he returned from the U.S. Army, he enrolled in Oklahoma State Tech where he earned an Associates degree in bookkeeping.