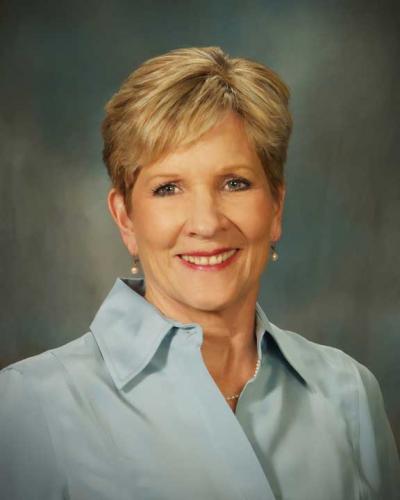 Candy Thomas was born and raised in Tulsa, Oklahoma.  After graduating from Edison High School, she received a B.S. in Sociology, with a minor in Political Science from the University of California, San Diego. Candy resides in Pawhuska along with her immediate family, Steve and Nila Thomas, Joe Thomas, Tyler, Hannah and Cooper Thomas.

Candy’s career has been entirely in the public sector, first as an employee and for the last 18 years as an independent consultant to cities, counties, non-profits, state and federal governments. She has written and administered over $30 million in grants related to community and economic development projects.  Many of the grant projects were a part of larger construction projects which involved complex financing and grant reporting procedures.

For the past five years, Candy has been the Community Outreach Coordinator for a private company doing environmental remediation in two different locations in Oklahoma. Candy’s knowledge of the communities and her established working relationships with the local government representatives made her effective as a liaison between the company, the local governments, and the public. Candy has worked with the Osage County Industrial Authority to develop an Incubator/Training Center in Pawhuska, and the Osage County Comprehensive Plan 2020. She serves as Executive Director for the Pawhuska Community Foundation Fund. She has been on the Osage Nation Gaming Enterprise Board since October, 2011 and was recently confirmed by Congress to a three year term.

Candy has been involved in the Osage language program for 6 ½ years. She studied under several different teachers and became a part of a small group under Mongrain Lookout at Wakon Iron that evolved into the formal Osage language department. She also dances every June and attends many other cultural events throughout the year.

” I’ve chosen to run for Congress because I have qualities and experience that would make me a good Congresswoman” states Candy. My skills include management, organization, and attention to detail.  I am a good listener, open minded, and very hard working.  I would use these qualities and my  experience in business and government, along with my strong desire to move the Nation forward, to serve the Osage People. The Osage Nation is in an important transition time. Leadership and experience are critical to provide government stability and economic sustainability. As a member of Congress I will diligently work to facilitate stronger working relationships between Executive, Congress, Minerals Council and other branches of government. I believe that strategic planning is the key to bringing all parties to the table in order to develop policies and legislation that reflect common goals and objectives for the future of the Osage Nation. “Planning is bringing the future into the present, so that you can do something about it now”.  (Alan Lakein)