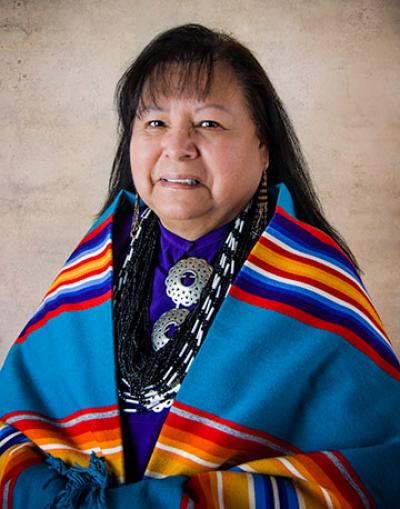 After great thought and consideration, I am announcing my candidacy for re-election to the Third Osage Nation Congress.

For the past six years, I’ve been honored to serve my Osage  people in the capacity as Speaker of the Second Osage Nation Congress.  During this time, we have witnessed great things for the Osage Nation.  As a member of the Osage Trust Settlement Team, we won the largest settlement ever given to Native Americans.  I drafted and amended the Osage minimum wage law that provided Osage Nation employees with a livable wage.  Everyday, we have opened our door to all Osage, no matter what the issue, and listened with an open heart and mind to their concerns.

As Speaker, I believe in full disclosure and sharing with my colleagues the issues before us.  To me, there is no partisanship.  There is no “us or them.”  We must work together to ensure a healthy Nation for today, tomorrow and future generations of Osage.  This commitment to the spirit of collaboration has created a stronger bond with the Executive Branch and my fellow colleagues, which I believe has brought forth the achievements we’ve seen by this Congress.

Throughout my tenure in Congress, in my roles on various committees, chairwoman and as Speaker, I’ve had the opportunity to listen to many Osage people and hear firsthand the issues that are most relevant to you.  From Oklahoma, New Mexico to California and all other places we reside, the need for governmental accountability, funding for higher education, and greater and more diversified economic development are at the forefront of your concerns.  Preserving our culture and language, providing better healthcare and protection of our tribal resources was often expressed.  As I have done for the past six years, fighting for the things important to my Osage people, so I will continue to do if re-elected to Congress.

For me, tradition and heritage is important, I am a full blood Osage, the oldest daughter of the late Jerome and Angie Barnes.  I am blessed with three wonderful sisters; Judy Hight of Skiatook, Mary Monetathchi of El Reno, and Patricia Pratt of Pawhuska.  My grandparents were Nellie Morrell Roubidoux, George Pratt, and Ralph and Rose Malone, all full blood Osages and original allottees.  Born in Los Angeles, California, I was raised in Hominy, Oklahoma.  Currently, I live in rural Wynona with my husband, John.  We have one son, Marvin Lee (M.L.) Clark, II and I have two beautiful grandchildren, Marvin Lee (M.L.) Clark III and Samantha Jean.

I am humbled by your confidence in electing me to Congress as your Speaker and, if re-elected, will continue to work diligently and fervently for you, my Osage people.