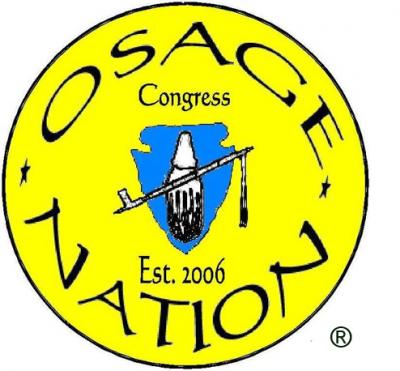 Third ON Congress to be sworn into office

The recently elected Third Osage Nation Congress members will be sworn into office July 4 at 10 a.m. in the Congressional Chambers on the government campus in Pawhuska.

Those six Osages will serve four-year terms after being elected to the Legislative Branch in the June 4 General Election.

This is the third inauguration of Osage Congressional members since the reformed tribal government launched in 2006. The Congress members will meet twice a year for 24-day regular sessions during spring and fall and may be called into special session at any time via legislative and executive proclamations. Congress members are paid $56,000 per year and receive up to $9,000 in stipends per year.

The Osage Nation Emergency Management office is asking all Osages to please be careful this Fourth of July. Growing temperatures outside and dry conditions can be the perfect catalyst for fire.

When popping fireworks keep these safety measures in mind:

·      Where legal, use fireworks outdoors and in a safe area away from fields, grassy areas and buildings.
·      Use fireworks in parking lots, driveways and gravel or dirt areas.
·      Keep a bucket of water, wet towel, and a garden hose nearby.
·      Follow instructions carefully and use with close adult supervision.
·      Do not discard fireworks from moving vehicles.
·      Let fireworks cool, and then soak them in water before disposing of debris.
·      Use only fireworks that are approved.
·      Never re-light a “dud” firework (wait 15 to 20 minutes and then soak it in a bucket of water).
·      Never throw or point fireworks at other people.

The Osage News wishes all Osages everywhere a happy and safe Fourth of July!