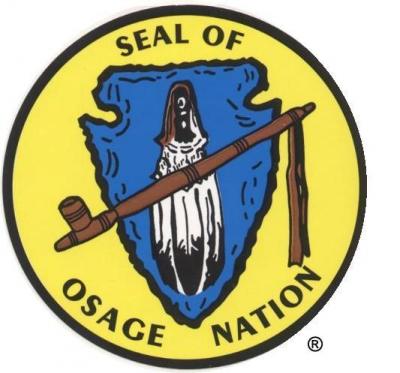 Osages will be asked for the second time this year to vote in a Special Election to be held on August 13 on the Osage campus. The Special Election asks Osages to vote for or against four proposed Osage Constitutional amendment questions.

The questions pertain to the Osage Minerals Estate and its role in the 2006 reformed tribal government.

The amendment questions require a 65 percent “yes” vote to pass.

On Aug. 13, the Special Election will be held at the Congressional Chambers on the Osage government campus in Pawhuska. The poll will be open from 8 a.m. to 8 p.m. and the election is open to all enrolled Osages with membership cards. Osages who are unable to vote in person may do so by absentee ballot.

The first batch of absentee ballots were mailed out June 29. The final deadline for absentee ballot requests for those who have yet to request one is July 24 at 4:30 p.m.

Those who haven’t received their absentee ballots within five to seven days of the ballot mailing are encouraged to contact the Election Office to check on its status or to be sent a duplicate ballot. Ballots must be received by 10 a.m. in the Pawhuska Post Office on Aug. 13 to be counted.

Osages may request an absentee ballot request form by calling the Election Office toll-free at (877) 560-5286 or by emailing election staff at: electionoffice@osagetribe.org.

There are no candidate names on the Special Election ballot, but the Election Office is requiring people who are publicly campaigning for or against the ballot questions to file declarations of ballot issue campaigning forms and reporting statements.

The Election Board approved the language of these forms during a June 26 meeting. The forms are now available to those individuals or organizations interested in campaigning for “yes” or “no” votes on specific ballot questions.

Those who file the ballot issue campaigning forms may also purchase a voter registry list from the Election Office by filling out a request form and paying a fee up to $10 for an electronic list.

For more information on the special election or amendments, visit the ON Election Office’s Web site online at www.osagetribe.com/electionboard. The Election Office is also on Facebook. “Like” the office page to receive its news status updates.

Amendment questions on the ballot

- ONCR 11-14 (Standing Bear) calls for deleting and revising Article XV which is “Management of the Osage Minerals Estate by the Osage Minerals Council.” If passed, the new section would replace the existing section titled: “Natural Resources and Minerals Management.”

The first section (subject to amendment question) would define the Minerals Estate as: “the oil, gas, coal and other minerals within the boundaries established by the Osage Allotment Act of 1906 (34 Stat, 539), as amended, are hereby designated the Osage Minerals Estate.”

The second section would state the OMC is “vested with the sole authority to lease and develop the Osage Minerals Estate and to administer the duties previously granted to officers for the Osage Tribe by the (1906 Act), as amended provided, the right to receive income from the (Minerals Estate) may not be diminished. The Minerals Council shall be protected by the laws of the Osage Nation.”

The third, fourth and fifth sections would define the OMC composition of eight council members (elected by the shareholders) who must meet the following qualifications to serve on the OMC: be at least 18 years of age on election day; have a certificate of Osage blood by the United States; be a shareholder and are members of the Osage Nation or Osage Tribe. The OMC members are elected to four-year office terms during elections held the first Monday in June, which coincides with the Nation’s general elections also held that day.