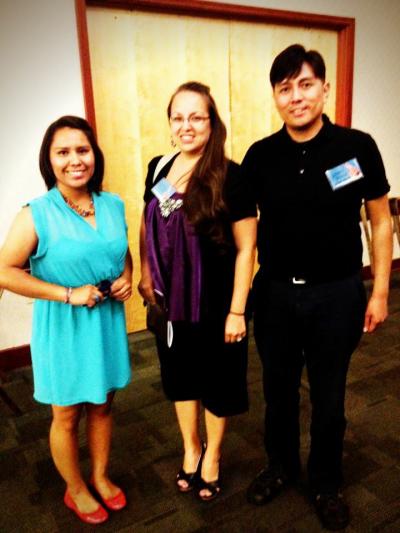 The News placed in the following award categories, which include news content; layout and design; feature writing and photography in its respective category. The OPA also awarded the News first place for personal columns during the 2011 contest period.

The newspaper took second place for in-depth enterprise reporting for its coverage on the $380 million Osage Trust Case Settlement last fall. The settlement agreement, executed Oct. 14, 2011, paid the tribe $380 million to compensate for its claims of historical losses to its trust funds and interest income as a result of the government’s mismanagement of trust assets.

News staff wrote stories on the settlement including the lawsuit’s history; people involved in the lawsuit; and ideas for spending and investing the settlement money awarded to the shareholders. The News also traveled with an Osage delegation in October 2011 to Washington D.C. to cover the ceremonial signing of the settlement.

Former News reporter Sunnie Clahchischiligi wrote blog columns for the newspaper’s osagenews.org Web site, which were entered for the contest.

The Oklahoma Press Association is a trade organization focused on safeguarding and advancing the newspaper profession in the state, according to its Web site. The Osage News is an OPA member.