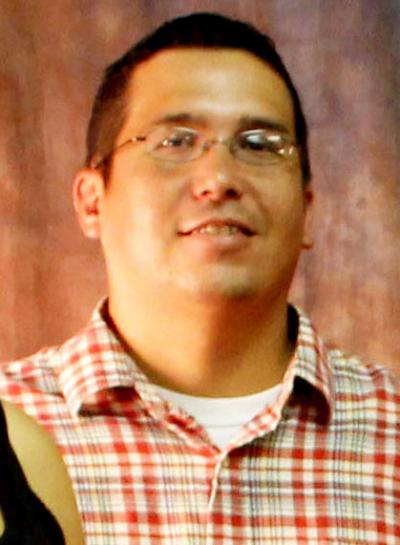 An investigation by tribal and federal authorities is ongoing to examine the former Pawhuska Indian Village Five-Man Board activities after an Osage Nation Congressional audit stated more than $806,000 of the village’s revenue is unaccounted for.

The ON Congressional Office of Fiscal Performance and Review raised questions about the $806,000 when it was unable to audit the Pawhuska Indian Village finances earlier this year. The village generates its revenue through lease money it receives from the Pawhuska Osage Casino, housed inside the southeast corner of the village jurisdiction on land held in federal trust.

ON Attorney General Jeff Jones said: “The U.S. Attorney’s office is doing an investigation and I am going to assist in any way I can.” He said a Federal Bureau of Investigation agent is assigned to the case and issued subpoenas for bank records from Pawhuska’s First National Bank where the village checking account is kept.

Earlier this year, former Five-Man Board Chairman Joe Don Mashunkashey refused to grant the OFPR access to village financial records. As a result, the OFPR reported that Mashunkashey was the sole board member responsible for the village’s bank account; that about $50,000 of village money was spent on residential electric bills (with $12,000 for Mashunkashey’s residence) and board meetings were not held regularly.

Mashunkashey resigned less than a week after the Sept. 7 report was made public.

The OFPR issued a “disclaimer of opinion” to the Pawhuska five-man board due to the lack of records. Mashunkashey wrote an April 5 letter to the OFPR refusing to be audited. He also said the village followed its own bylaws approved by the Bureau of Indian Affairs and was not part of the Osage Nation. Jones later issued an AG opinion disagreeing with Mashunkashey stating the three Indian Villages are geographically within the Nation’s jurisdiction and the boards are subject to the Nation’s laws.

Pawhuska Indian Village residents elected a new village board on Oct. 10 and those members are cooperating with Jones’ office and turned in village documents they were able to find. Jones said he received the village bank account checkbook and several records and those items are being referred to federal authorities.

“The new Five-Man Board turned over what they had – boxes of records, check registers,” Jones said adding he’s referring the matters to the FBI investigator. “This is not being swept under the rug, this is very serious.”

Jones met with the ON Congressional Committee on Governmental Operations on Nov. 20 for an informational update on the investigation. He said Assistant U.S. Attorney Shannon Cozzoni is assigned to the investigation is a “point person” for his office to communicate with. Jones also said Cozzoni assigned FBI agent Kevin Legleiter to the case who issued subpoenas for the village bank records.

“(Legleiter) has subpoenaed records from the First National Bank here in Pawhuska, they’re working on it. My office is assisting them with anything we can do,” Jones said. The new Five-Man Board members turned over three boxes of documents “from the old board and they gladly turned that over to us. We’re going through that seeing what’s contained there, it’s a huge job trying to reconstruct the last five years of what’s been going on there.”

A timeline on the investigation is unknown with such matters taking months, or more than a year, to investigate and refer to a federal court judge.

Jones would not get into specifics about the investigation to protect its integrity.

“I don’t know where it’s going to end up, I sure don’t want to try anybody in the media before we get to trial, but I can assure you all we are working on it, it’s being dealt with as it should,” Jones told the Congressional committee.

Congresswoman Shannon Edwards recently wrote a letter to Principal Chief John Red Eagle raising issue on whether the Pawhuska casino lease money was ever spent legally considering the Congress must approve all appropriations and none has ever been presented for the Pawhuska village money.

Edwards wrote: “During the Gray/Red Eagle administration, I questioned the practice and was told the (lease) payments were being made as a result of a ‘lease’ entered into in 2002 by the Osage Tribal Council. My position then and continuing until today is these payments are improper for a number of reasons, including that the lease did not survive the dictates of the Osage constitutional government, the lease was breached by the failure to deposit funds into a treasury account and the passage of new Osage law. I have never seen a court or legal opinion which supports another view.”

Edwards referred to a 2007 law on appropriations and raised the issue in her letter, carbon copied to several ON government officials including the Gaming Enterprise Board as the Nation renegotiates an updated lease with Osage Casino officials.

The law, ONCA 07-05 (sponsored by William “Kugee” Supernaw), prohibits spending of ON tribal funds without an appropriation. The bill was passed by the First ON Congress who overrode a veto by Gray. According to the law: “No money shall be drawn from the Treasury (of the Nation), except by appropriation in accordance with the Constitution and (Osage) law.”

“In my opinion, diversion of treasury funds to any entity without an appropriation from the Osage Nation Congress is a clear violation of Osage law,” wrote Edwards. “This would include funds anyone might seek to deposit into and disperse from the Treasury by lease or other Executive agreement.”

Edwards rose her concerns during a Nov. 15 gaming board meeting. Board Chairwoman Stacy Laskey said the lease payment process was corrected to abide by the current lease requiring all rent payments to be deposited into the Treasury. It’s unknown why the rent money was being deposited directly into the village bank account versus the Treasury.

“We submit the monthly checks to the Treasury, we’re abiding by the lease as it is,” Laskey said. A timeline on an updated lease was unknown. The board did not take action on Edwards’ letter.

Edwards closed her letter urging officials involved in the casino lease issue “to seek counsel before issuing/adhering to a directive to pay out/accept Treasury funds without appropriation.”

The next Pawhuska village board meeting is scheduled for Dec. 3 at 7 p.m. at Wakon Iron Hall. Two prior scheduled meetings in November were postponed due to chapel funerals held for Cora Jean Jech and Raymond Wamego.

The next regularly scheduled village board meeting is Dec. 17.