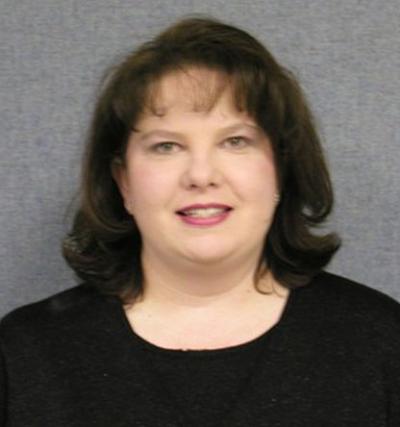 The Osage Minerals Council is showing their support for Bureau of Indian Affairs Osage Agency Superintendent Melissa Currey, who is currently on leave.

At an OMC regular meeting Jan. 16, a resolution passed 5-1 with two abstentions, to send a letter of support for Currey to the BIA regional director.

The letter and controversy comes after Currey was placed on leave for 120 days and replaced with Rhonda Loftin as acting superintendent over the Osage Agency. Currey, Osage, has been employed at the Osage Agency for 28 years and superintendent since November of 2004. Many assumed Currey was under investigation and in danger of losing her job after independent oil producer Nona Roach sent a four-page letter alleging Currey was negligent in her duties to BIA Director Mike Black and other top officials right before Currey was placed on leave.

Currey spoke with the Osage News on Jan. 21 and wanted to clarify some of the allegations made against her.

Bob Jackman, a petroleum geologist, has said in more than one news article, that Currey only has a high school education. During the Jan. 16 meeting, OMC Councilman Myron Red Eagle came to her defense and said Currey was “an educated woman” and was educated at the University of Oklahoma. But, Jackman and Red Eagle are both wrong. Currey said she has had post-secondary education and she has completed one year at Rogers State University, took classes at Tulsa Community College and completed a year of banking and finance at a Vocational Technical school.

She also said allegations that she was escorted out by BIA Police from the Agency are absolutely untrue. She wanted to comment further on the allegations made by Roach’s letter but she said she would have to get her answers cleared through BIA Public Information Officer Nedra Darling first. Darling did not return comment by the time this story was published.

On the day of the Jan. 16 OMC vote Councilman Sonny Abbott did not mince words about the job he thinks the BIA has done in taking care of the minerals estate and he thought sending a letter in support of Currey was a waste of time and paper.

“The BIA has taken three years to gather information and analyze our problems, and our minerals council, shareholders, producers, they’ve all had comments about our problems. The problem is always the common denominator, the management over here (Osage Agency) of the BIA and how it’s being ran. There’s no letter, or resolution this council’s gonna pass that’s gonna change how the BIA is gonna solve our problems,” Abbott said.

OMC Chairman Galen Crum echoed the sentiment that a letter would be a waste of time, but not because Currey was doing a bad job. He said it would be premature to send a letter in her support because the council didn’t even know for certain that Currey was being investigated.

“First off, the letter sounds like we’re assuming that Superintendent Currey is being removed and that we know that, that she’s being removed from her duties, not to come back. That’s not the case. She’s been reassigned for 120 days with the expectation that she will come back unless there’s something that changes during that time,” Crum said. “So first off we’re talking about something we don’t even know has happened or is happening.”

In support of Currey, Councilman Whitehorn said, “I have known Melissa for a long time … I will take 28 years experience over a master’s degree any day.” Red Eagle said he didn’t think there was anyone else that could do a better job than she’s doing.

The Osage County Cattlement’s Association and the Osage County Surface Owners will meet with the Osage Negotiated Rule Making Committee Jan. 25 from 1:30 to 5 p.m. at the Wah-Zha-Zhi Cultural Center. The meeting is public.

According to a prepared release, the OCCA and the OCSO will be presenting their concerns on the “long-running environmental and public health impacts of Oil & Gas production within Osage County.”

According to the release, “Osage County has long been known to have insufficient regulations (Code of Federal Regulations, Title 25, Part 226) governing oil and gas production along with inadequate enforcement of these regulations, which have contributed to some of the worst oil and gas production practices in North America. These poor practices, outdated regulations and lack of enforcement have caused widespread pollution of air, land, water, and wildlife, threats to ranching operations and public health, and degrading of property values. At a minimum, landowners will be requesting that the CFR part 226 regulations be overhauled to include management practices already used throughout the rest of Oklahoma and the U.S., and to improve the enforcement of such regulations.”

The Osage Negotiated Rule Making Committee was formed to update the Code of Federal Regulations. The committee is made up of members from the OMC and the BIA.