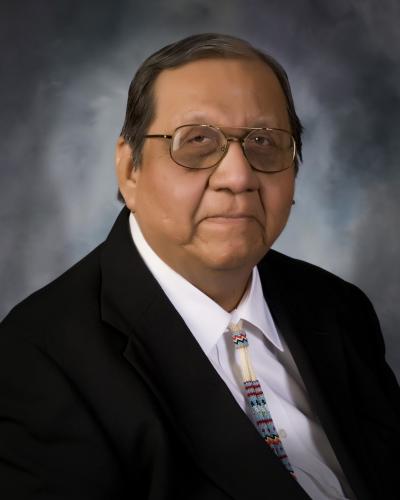 The changing faces of the Chief’s Office

Osage Nation Principal Chief John Red Eagle is allowed an appointed staff and the players have changed since his inauguration in 2010.

Job descriptions and resumés of Red Eagle’s staff have never been disclosed to the public. According to the Nation’s Human Resources Director, Delary Walters, an organizational chart is being worked on. She said once Red Eagle “signs off” on the document she will inform the Osage News.

With ever-changing roles and responsibilities, here is a list of who occupies the Executive Branch building on “the hill.”

·      Raymond Lasley II, Executive Adviser of Programs. Lasley, Osage (Grayhorse District), has more than 20 years of previous service to the Nation and other tribal governments. Lasley makes sure programs are in compliance and perform efficiently. Lasley is also the point of contact for Wah-Sha-She Lake Park and the Osage LLC.

·      Deidre Bigheart, Executive Director for Governmental Affairs. Bigheart, Osage (Grayhorse District), is the new liaison between the Office of the Principal Chief and other governments after Chris White departed Red Eagle’s staff in August of 2012. She was formerly the director of operations.

·      Ted Moore, Director of Tribal Operations. Moore, Osage (Grayhorse District), replaces Bigheart for the position. His duties include directly supervising the Nation’s Divisional leaders and program directors without division leaders. Currently there are two division leaders. Moore is also the husband of Red Eagle’s legal counsel, Terry Mason Moore, and was an education director for the tribe under the former government.

·      Everett Waller, Liaison to Minerals Council and Cultural Adviser.  Waller, 52 and Osage (Hominy District), reports to Red Eagle on the activities of the Osage Minerals Council. He also serves as a cultural adviser to various departments and organizations. He formerly served on the Osage Tribal Council under the former government.

·      Roseanne Sutton, Policy Analyst and Public Relations Writer. Sutton, non-Osage, is a former journalist for the Pawhuska Journal-Capital and has her law degree from North Carolina Central University School of Law. She replaces the late Leonard Maker.