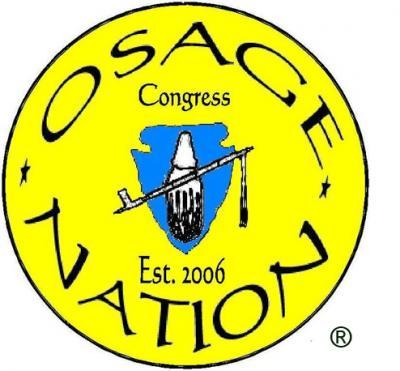 Despite an open records request and a letter from the Third Osage Nation Congress, Osage Nation Principal Chief John Red Eagle is not handing over the contract for his controversial pipeline consultant Rod Hartness.

The Osage News turned in an open records request Jan. 31 and the Osage Congressional Commerce Committee sent a letter to Red Eagle requesting the contract Feb. 15. The Osage Newswas told by Debra Atterberry, adviser to the chief, all open records requests go through Red Eagle’s special assistant, Linda Teeman. The Osage News left a voicemail and emailed Teeman March 1 and asked if it was the chief’s intention to provide a copy of Hartness’ contract. She did not respond.

The commerce committee, chaired by Congresswoman Shannon Edwards, voted unanimously March 13 to issue a subpoena to Osage Nation Treasurer Callie Catcher for any contracts involving Rod Hartness within the past 12 months.

According to the Congressional Subpoena Act, Catcher has five days to respond to the subpoena. Catcher can appeal to the Osage Nation Tribal Court to quash the subpoena but she would have to prove the committee didn’t give her five days to comply; the information was proprietary; the subpoena subjects her to undue burden or hardship; or the subpoena falls outside her scope of access or authority.

If Catcher fails to comply altogether and two-thirds of congress finds her in contempt, she could face criminal or civil penalties of up to $500 or she could spend up to one year in the tribal jail, according to the law.

Some members of the committee were concerned the language in the subpoena wasn’t specific enough and they needed to determine what type of contract Hartness had with the Nation. Some feared Osage Nation Trial Court Judge, Marvin Stepson, would quash the subpoena if he found the language too vague.

Roseanne Sutton, policy analyst and public relations writer for Red Eagle, confirmed to the committee Hartness had a consultant contract with the Nation and she had reviewed his contract.

In 2011 Judge Stepson quashed a congressional subpoena for undue burden and hardship after congress subpoenaed six months worth of emails from former ON treasurer William Kemble. The Osage Congressional Governmental Operations Committee was investigating Kemble after allegations were made he was negligent in his job. Kemble resigned shortly after the subpoena was quashed.