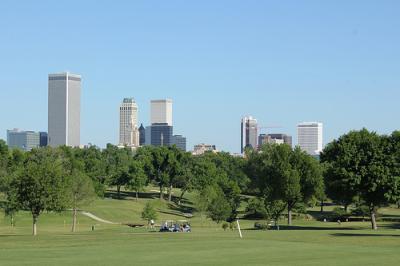 The Osage Nation Foundation will be hosting their 2nd Annual Charity Golf Tournament on April 29 in Tulsa.

“We had a great turn out last year but ideally we want to have the golf tournament be one of our annual events,” said Osage Foundation Executive Director, Bill Webb.

The tournament will be held at the Tulsa Country Club and will be compromised of four-person teams playing an 18-hole scramble format. There will also be a silent auction.

“The goal is for the foundation to eventually become a self-sustaining organization,” said Webb in a press release. “So our first objective has to be to begin the process of raising money.”

“We will have other ways to raise funds but this is a very visible and enjoyable way to spread the word about the foundation while starting the process of funding our activities,” he added.

Last year, the foundation expected at least 100 golfers and ended up having more than 130 golfers attend the event.

The foundation was able to net $20,000 from the tournament, which helped to fund the foundation’s summer youth programs held across Osage County, Webb said.

Those interested in being a sponsor can register online athttp://www.osagefoundation.org/index.php/golf-tournament/.