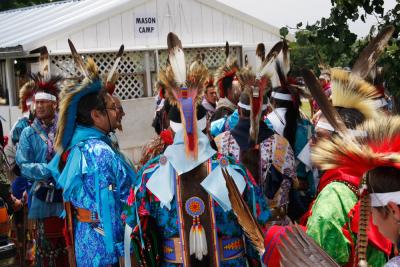 The wind develop has applied for the permit, stating the company could kill up to 120 bald eagles in its project site during the course of a proposed industrial wind project. The company will build a 94-turbine wind farm between Pawhuska and Ponca City. The USFS has never issued an “eagle take” permit to a wind developer.

“The eagle is a sacred and symbolic figure to the Osage people, and the area targeted for this project contains a high bald eagle population,” said Red Eagle in a prepared release. “While the Osage Nation does not oppose wind energy or alternative energy, we do oppose the specific area for this project. It all comes down to siting projects in appropriate places, and this is not an appropriate place for a massive wind energy project.”

According to the release, Chief Red Eagle and his staff became aware of the wind developer’s permit request in November of last year.

The Osage culture views the eagle as sacred and uses eagle feathers in many of their ceremonies. According to the release, given the eagle population in the area, over the past year, the Nation has taken the first steps toward establishing an eagle aviary to care for and rehabilitate injured eagles. The site proposed for the aviary is not far from the proposed energy project.

The Osage Nation’s Environmental and Natural Resources Department has done studies on the proposed area and its eagle populations and said Wind Capital Group’s application showed incomplete data for the area.

According to the release, there are sites in Kaw Lake, which has Oklahoma’s largest eagle population and is located seven miles from the project site, the National Audubon Society’s most recent eagle count data from the Tallgrass Prairie Preserve and documented eagle flight paths that pass over and near the project site.

“We are very concerned that the lack of complete data in the eagle take application means that the wind project would kill far more eagles than the company says it would,” said Jann Jones, ON ENR Director.

The Nation is urging tribal members to voice their concerns to Jerry Thompson, Chief of the USFWS Migratory Bird Permits Office, at jerry_e_thompson@fws.gov or by phone at (505) 248-6406.

“The significance of this permit application cannot be overstated,” Red Eagle said. “If granted, this would be precedent setting. It should concern all tribes that the federal government is even considering authorizing the killing of eagles on tribal land without the consent of the Osage Nation.”