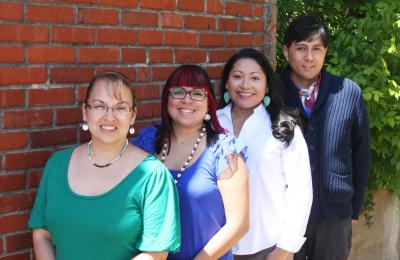 This is the second year the newspaper has participated in the annual newspaper contest with other news outlets across Oklahoma. Those participating news outlets submitted 2012 published content for consideration.

Osage News placed first for news writing and submitted front pages from three monthly issues for consideration. Those editions carried story coverage on the resignation of the inaugural health authority board in wake of the Executive Branch’s firing of health/wellness division leader Norma Merriman without the board’s consultation; the resignation of the former Pawhuska Indian Village Five-Man Board chairman Joe Don Mashunkashey in wake of an Osage Nation Congressional audit questioning the finances and spending of village revenue received from the Pawhuska Osage Casino lease; and a story reporting that a non-Osage and a non-Osage Nation employee traveled to the 2011 National Congress of American Indians conference at the Nation’s expense.

Other OPA honors awarded to the News are:

- Third Place for Community Leadership. The newspaper sponsored candidate debates for the 2012 ON election candidates and submitted its news coverage of the event for this contest.

The Oklahoma Press Association is a trade organization focused on safeguarding and advancing the newspaper profession in the state, according to its Web site. The Osage News is an OPA sustaining member.