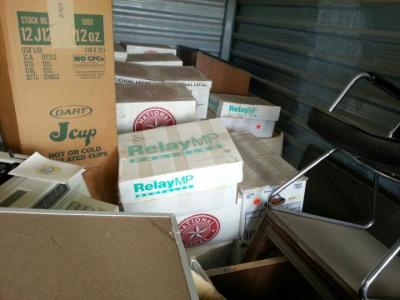 Minerals Council at odds over trip and storage unit

A trip taken to Washington, D.C., and the contents of a storage unit has the Osage Minerals Council at odds again.

Four council members, Cynthia Boone, Curtis Bear, Dudley Whitehorn and Melvin Core, all traveled and met with Bureau of Indian Affairs and U.S. Department of Interior officials Aug. 8 about the proposed changes to the CFR’s that govern oil and gas production in the Osage.

Myron Red Eagle was invited to attend by oil producers but didn’t, he said. Five council members make a quorum.

Councilman Galen Crum said according to the information he received the Oil Producers Association paid all the expenses for the four council members. He felt this was unethical and an ethics complaint needed to be filed.

Bear said the OPA paid all his expenses, Core was absent, Whitehorn said he paid his own way and Boone said the OPA didn’t pay all her expenses.

“In my opinion, there was nothing unethical pertaining to the purpose of the trip,” she said in a Letter to the Editor in The Bigheart Times. “Anyone who believes we should be at war with oil producers doesn’t understand how the minerals estate works.”

According to Bear, the meeting was to discuss the changes to the tribe’s CFR’s that govern oil and gas activity for the Osage Minerals Estate. Various oil producers aren’t happy with the new regulations.

According to a list provided by BIA Director Mike Black to the OMC, the following were in attendance at the meeting:

The Osage News made an open records request to the Osage Nation Treasurer’s office for the OMC’s check registry for the period of Jan. 1 through Aug. 13. No funds from the C395 account were used for the trip.

The Osage News compiled the amounts from the registry that totaled more than $1,000 for the period requested and put them in descending order:

According to the OMC’s accountant, the amounts paid to council members vary depending on the amount of tax deductions they claim. The amount paid to the ON Tribal Works department is a year’s worth of space cost for the OMC’s offices at 813 Grandview in Pawhuska.

The amount paid to the ON Health Benefit is the council member’s health insurance. William Shunkamolah is just one of three Drumkeepers eligible for a $5,000 reimbursement to help with expenses during In-Lon-Schka. The Pawhuska Drumkeeper recently filed for his reimbursement and the Grayhorse Drumkeeper has yet to file, according to the accountant.

Council members are eligible to receive a gross amount of $31,365 each year for their stipend. Councilman Joseph “Sonny” Abbott forfeited his stipend at the beginning of his term in 2010. Councilman Bear received partial payments until this year, when he requested full payments, the accountant said.

A storage unit, full of boxes of Osage Tribal Council, OMC records and old office furniture, sold at auction Aug. 10 to the highest bidder at Marshan Properties in Pawhuska. The successful bidder: the mayor of Pawhuska, Roger Taylor.

“Harrison Shackelford (Osage Nation employee) was the one at the auction and he’s the one that told me the unit belonged to the tribe. He took pictures of the content,” said Mark Smith, Marshan Properties owner. “The following day I get phone calls from people up at the tribe, wanting to know who bought it, why I sold it, and other info. I sold it because rent was never paid on it.”

Smith said the account used to be in the tribe’s name but “someone from the tribe came and put it in their name and never paid on it.” He said they paid the first month’s rent and that’s it.

He said when they sold the unit he was surprised it wasn’t someone from the tribe that bought the contents.

“Roger Taylor bought it for $170 andI called Roger and he said, ‘I bought it to make some money, do you think I could double my money?’ Then I heard Cynthia Boone paid him double what he paid and bought it from him,” Smith said. “Once I sold it I was done with it, it’s not my problem.”

The unit had been in the name of a non-Osage and the bill hadn’t been paid since 2009, said Councilman Crum, who said he had spoken with the council’s accountant.

Councilman Yates said after speaking with a former employee of the council, all documents in the storage unit were copies of the originals, which are still in the council’s archives.

The next OMC meeting is scheduled for Friday, Sept. 13.