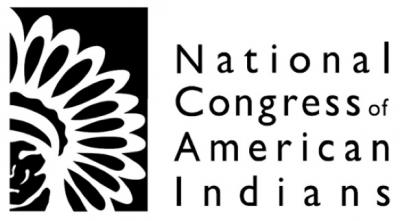 Most of the conference activities are located at the Cox Business Center.

NCAI’s outgoing President Jefferson Keel and Executive Director Jacqueline Pata will open the Convention. That will take place on the 2nd Floor F of the Cox Business Center.

To watch via YouTube or Google Hangout, visit: http://www.youtube.com/ncai1944

Keel and Pata will focus on:

·        Impact of the shutdown, sequestration, and budget issues on Indian Country.
·        The ongoing debate over the use of racist mascots in professional sports.
·        Baby Veronica – what occurred, what work is continuing, and how we can prevent another removal of a Native child from her family and culture.
·        The challenges facing the incoming NCAI President and the successes during outgoing President Keel’s time in office.

NCAI’s 70th Annual Convention will mark the end of the second consecutive term of NCAI President Jefferson Keel, Lt. Governor of the Chickasaw Nation. The organization’s by-laws limit the President from serving more than two consecutive terms. By the end of the week, the organization’s membership will have elected a new President of the organization, as well as members of the executive committee - 1st Vice President, Recording Secretary, Treasurer, and twelve regional Vice-Presidents. Osage Nation Principal Chief John Red Eagle is running for a regional vice president spot.