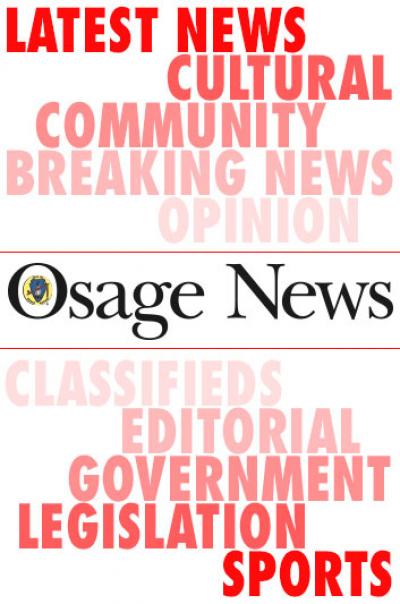 An effort by Osage Nation Principal Chief John Red Eagle to delay the ethics complaint tribal court case filed against him by ON Attorney General Jeff Jones failed last month when the presiding judge rejected a motion from the Chief’s attorneys to halt the case proceedings.

Now the Chief is asking the court to rule in his favor based on the pleadings filed thus far. The Chief filed a motion seeking a judgment on the pleadings on Nov. 15. Jones has until mid-December to file a response in the case.

On Nov. 15, Associate Trial Court Judge Lee Stout denied a motion filed on behalf of the Chief to stay proceedings in the case. Oklahoma City-based attorney Kirke Kickingbird, who filed the motion on Nov. 7, argued the ON Supreme Court has not created rules or procedures “to govern the filings and adjudications of ethics complaints.”

In the request to stay the proceedings, the Chief’s attorneys argue: “Without necessary and proper rules developed by the Supreme Court, there is ambiguity and lack of clarity regarding critical aspects of the proceedings.”

One day later, Jones filed a Nov. 8 response to the Chief’s request to stay the proceedings stating that an ethics charge is considered a civil matter and the court should follow the ON civil procedures code. “Without a specific ethics procedure then the default is the Osage Nation civil procedure code,” Jones argued, adding, “Clearly an Ethics charge is a civil action that has a civil remedy.”

The ethics complaint case against Chief Red Eagle is the first of its kind to be filed against an elected official.

Jones filed an initial three-count ethics complaint in June, arguing that Chief Red Eagle broke Osage law when he allegedly interfered with an investigation by contacting AG Investigator Brian Herbert and demanded that an investigation involving a “certain person” stop immediately. Jones also alleges that Chief Red Eagle contacted the Gaming Enterprise Board and told them “that they will pay” for travel expenses for former board member Randy Carnett when the board decided not to pay for the entire travel to save costs.

On July 12, Jones filed an amended ethics complaint adding a fourth count regarding an Executive Branch appointment contract with Paul Allen who maintains the Chief’s www.johnredeagle.comwebsite. In the amended complaint, Jones argues those payments made to Allen with tribal money is considered an “unauthorized use of Osage Nation resources in the amount of $71,603.00,” which is the amount paid to Allen through contract up to July. Also in his complaint, Jones alleges the payments to Allen violate two sections of the Nation’s ethics law regarding unauthorized use of ON resources.

In the Nov. 15 request for Stout for a judgment, attorneys for Chief Red Eagle are asking that all four counts in the ethics case be dismissed for several reasons including failure to allege a violation “of a clearly established Osage law”; that the Attorney General’s Office is independent from the Executive Branch in arguing it’s not legally possible for the Chief to violate the law creating the AG’s office; questions on whether complaints were properly lodged by all parties involved; and whether certain laws are enforceable as written.

Jones said he has until Dec. 13 to file a response to the Chief’s request for a ruling.

The recent Congressional Select Committee of Inquiry investigative work also examined the events noted in this ethics complaint. The event involving the phone call between Herbert and the Chief is also to be considered during the removal trial scheduled to begin Jan. 13. Any actions resulting from the removal trial are separate from this case filed by Jones.