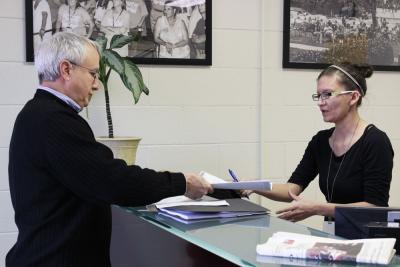 Four candidates have filed as of Dec. 18 for the Nation’s first Primary Election.

Candidates have until Jan. 6 to file for the Offices of Principal Chief and Assistant Principal Chief. The Primary Election will be held on March 10 and the winners will advance to the Osage General Election on June 2.

Osage businesswoman Margo Gray filed her candidacy for principal chief on Dec. 17. Gray is reportedly the third woman to seek the top leadership position for the tribe. Mary Jo Trumbly was the first, who filed for President during the Osage Tribal National Council form of government in 1994. The second was Rosemary Wood, who ran for chief in 2002 under the Osage Tribal Council form of government.

On Dec. 18, Principal Chief John Red Eagle filed his candidacy for re-election, even though he faces a removal trial on Jan. 13. According to the Osage Nation Constitution, if Red Eagle is removed from office, “the judgment shall not extend further than to removal from office and disqualification to hold and enjoy any office of honor, trust or profit in the Osage Nation, but shall not prevent proceedings in the courts on the same or related charges.”

Currently, the election code only disqualifies an individual if someone is convicted of a felony, or if election rules aren’t followed upon filing.

Absentee ballot mailing begins on Jan. 29. The Osage Election Office has chosen True Ballot Inc. as the company to handle the Primary and General Election. True Ballot also handled the 2010 and 2012 elections.