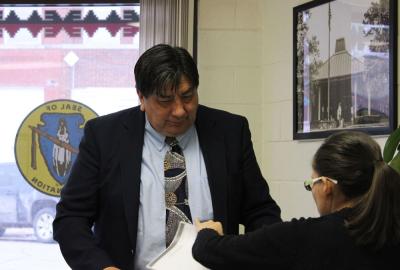 The top two winners of each race will advance to the Osage Nation General Election on June 2.

The Osage News will be profiling all nine candidates and fact checking their campaign material. The Osage News will also be hosting a debate for the Primary Election candidates on Feb. 1 at the Hominy Co-Op building and will be live-streaming the debate. Tribal members are urged to send in their questions, along with their names, city and state they live in, to be asked to the candidates. The League of Women Voters of Tulsa will be hosting the debates.

Tribal members can send their questions to osagenews@osagetribe.org.