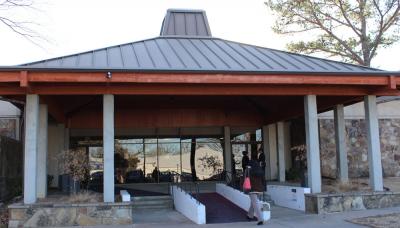 Day Two of the removal trial for Osage Nation Principal Chief John Red Eagle became heated when attorneys focused on allegations the Chief interfered with an ON Attorney General’s Office investigation into his granddaughter’s timesheets.

Article allegations Nos. 1 and 2 focus on a phone call Chief Red Eagle made to AG Jeff Jones’ office on May 31 after receiving word that an AG investigation was ongoing regarding his niece Macy Mashunkashey who worked for the Osage Nation Counseling Center at the time. The AG investigation focused on whether Mashunkashey was getting paid for working full time when she was not at work, therefore submitting false timesheets, according to the Osage Nation Congressional Select Committee of Inquiry report on the allegations. The Chief called the AG’s office that day to inquire about the investigation and spoke to AG Criminal Investigator Brian Herbert after he was advised Jones was not in the office at the time. The phone call between the Chief and Herbert became contentious and Herbert testified that the Chief told him, “You better not touch Macy.”

“I wanted to know why wasn’t I informed because I’m the Principal Chief of the Osage Nation,” Red Eagle testified. He also questioned why the issue was being investigated by the AG’s office which he believes should’ve been handled by his administration.

Herbert said in his testimony the AG’s office received a tip of missing money at the ON Counseling Center from ON Police Chief Nick Williams. During the course of the investigation, Herbert asked to see employee timesheets and an issue was raised about Mashunkashey’s attendance at work, he said.

“She resigned because of the pressure and I don’t think that’s fair, not only to Macy, or every other Osage citizen. We were not given the opportunity to check out the charges,” Red Eagle said regarding Mashunkashey.

Red Eagle admitted to knowing his granddaughter wasn’t going to work at times and said he had a talk with her at his house about it. He said she was immature and was raising a baby by herself and was only 20 years old at the time. He also said his granddaughter and her mother, Mary Mashunkashey, had proof Officer Herbert was stalking his granddaughter because they took pictures of his police car patrolling her house day and night.

Lyon’s cross-examination didn’t spare any questions into Mashunkashey’s work history or whether or not she was qualified for the position she was holding as an alcohol counselor. According to the congressional Select Committee of Inquiry report into the allegations, Mashunkashey only possessed a GED.

At one point during the cross examination it appeared Red Eagle was going to exit the witness stand when he made an outburst, “This is an embarrassment judge! I'm the Chief of the Osage Nation and I don't need to be badgered like that."

Lyons apologized to Red Eagle and Red Eagle said he accepted his apology.

After Red Eagle was finished with his testimony he asked to address the 12-member congress, who will make the decision on whether or not Red Eagle needs to be removed from office. He told the congress the Office of the Principal Chief deserves respect and he had been around Osage chiefs all his life. He said his administration has not been run any different than any administration before his.

Day Three of the trial starts at 9 a.m. and is expected to last until nearly 5 p.m. Listen to the audio at www.osagenation.co

Check back to www.osagenews.org for further updates on the trial and the newspaper’s Facebook and Twitter pages.

Regarding the removal trial of Principal Chief John Red Eagle, presiding trial officer ON Supreme Court Associate Justice Jeanine Logan advised the Third ON Congress of instructions to follow when the trial is in recess.

Logan then said: "The reasons for these rules are that it is essential that you should keep your minds free and open at all times throughout this trial and that you should not be influenced by anything except the evidence you hear and see in this courtroom."

Also in a newer development, with a witness subpoena served on Monday to Linda Teeman, Special Assistant to Osage Nation Principal Chief John Red Eagle, the witness count increases to 27 for the Chief's removal trial.

Justice Logan ordered the witnesses to follow the rules of sequestration, which bars them from attending the trial proceedings unless they are called on to testify. Witnesses are also ordered not to discuss the case or their testimonies with anyone, Logan said.