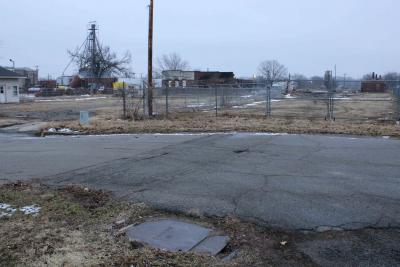 The Osage Nation has filed suit in Osage County District Court to assert its ownership over land once used as the railroad right of way in Pawhuska south of Main Street.

On Dec. 13, the Nation – through a real estate attorney – filed a quiet title petition in court against 30-plus individuals and business entities including the Union Pacific Railroad Company, whom were all known to inhabit the right of way through decades of using the land at some point.

Today the land is considered abandoned with no county taxes being paid on it, prompting the Nation to initiate court action in determining who gets ownership of the land.

At issue in the railroad right of way is approximately 31 acres, said ON Attorney General Jeff Jones, whose office worked with real estate attorney William Eagleton on the quiet title petition.

With its transportation use abandoned in the late 1960s, the railroad right of way land has been used by current and former businesses and their owners named as defendants in this case including: Allen Brothers Feed & Supply, Formby Oil & Propane, Acadia Family Medical Clinic, Loftis Construction Company, Oklahoma Natural Gas, Benson Lumber Company and Osage Building Material Co, which burned down in a July 2013 fire.

Jones said the county assessor’s office told him no taxes were being paid on the right of way land. He also noted several portions of the abandoned land were used as dump sites for abandoned vehicles, tires, heavy equipment and dilapidated structures. Jones hired Tulsa-based attorney Eagleton to research the issue that led to the quiet title petition filing.

According to research cited in the quiet title petition, the Osage Nation took title to the land by virtue of a June 1883 deed executed by the Cherokee Nation to the United States (on behalf of the Osages). “No allotment deeds have been issued to any person and no other conveyance of fee title to this property has ever been executed by plaintiff,” the Nation argues.

In 1905, through the U.S. Congressional Enid and Anadarko Act of 1902, the Midland Valley Railroad Company acquired a right-of-way over certain real property located in Osage County, including (property at issue). By March 1967, Midland Valley conveyed all of its property rights to the Texas and Pacific Railway Company. In August 1969, Texas and Pacific Railway abandoned and disclaimed any interest in the property, according to the quiet title petition.

The Nation also notes that on Feb. 14, 1972, a U.S. District Court decision was issued in the federal case U.S. v. Texas and Pacific Railway Co., Inc., et. al., was issued “declaring the Osage Nation was the legal and equitable owner of fee simple title in the judgment property and quieting title in favor of the Osage Nation in the judgment property.”

Despite the land use as a dump, Jones said the Nation’s Environmental Natural Resources Department conducted at least two environmental assessments on the land, which turned up no hazardous spills.

Summons notices are being served to the defendants regarding the quiet title petition, Jones said on Jan 16.

Jones also said part of the process includes a protest period if a defendant would like to contest the petition.