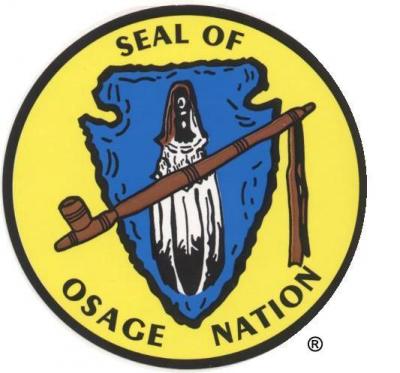 TrueBallot selected to conduct 2014 ON elections

TrueBallot Inc., has once again been selected as the election company to conduct the 2014 Osage Nation government elections after being selected by the ON Election Board.

The Washington, D.C.-based company conducted the Nation’s 2010 and 2012 elections and will provide election services again for this year’s primary and general elections slated for March 10 and June 2 respectively.

In this year’s election, the offices of Principal Chief and Assistant Principal Chief are up for grabs as well as six seats on the Osage Nation Congress. Each elected seat carries a four-year term.

At its Dec. 18 meeting, the Election Board voted unanimously to hire TrueBallot for the 2014 elections after reviewing bid proposals submitted by TrueBallot and one other competing company following an executive session. Voting “yes” for TrueBallot were board members Walter Hopper, Shannon Lockett and Terry Hazen.

“Two companies submitted, they went through the bidding process as per the (Nation’s) procurement act and (TrueBallot) scored higher according to the qualifications in their bid packet and therefore, they were selected,” said ON Assistant Attorney General Clint Patterson, who represents the Election Board.

According to its website, TrueBallot provides election services to labor unions, associations, homeowner associations and cooperatives and other Native American organizations. Other Native American tribes who’ve hired TrueBallot include the Cayuga Nation of New York, Cheyenne and Arapaho Tribes of Oklahoma, Snoqualmie Tribe of Washington and the Suquamish Tribe of Washington.

The filing period for ON Congressional seats runs March 14-31. Osages interested in running for Congress must file and pay a $300 candidate filing fee with the ON Election office.

Election Supervisor Alexis Rencountre said the June 2 general election ballot will also contain four constitutional amendment questions. Those questions were referred to the ballot after being passed by majority ON Congressional vote.

Eligible Osage voters are those who will be at least 18 years old on election day and posess an ON membership card signed by a Principal Chief after Oct. 9, 2002. To obtain a membership card, contact the Nation's CDIB/Membership Department at (800) 818-6517.

Check back to www.osagenews.org and see future Osage News editions for news updates on the elections and candidates.