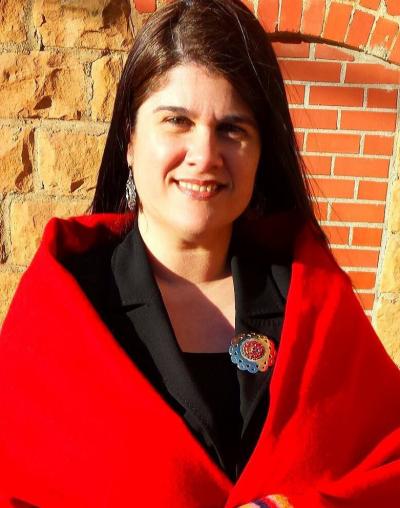 Ha.we, wa.zha.zhe zha.ahe, wee.tah:  Ponca.me (Amanda Proctor).  I am asking for your support in the upcoming election for Assistant Principal Chief of the Osage Nation.  I am an attorney of record in the case of Fletcher v. United States, which seeks to require the United States to account for the alienation of the Osage Mineral Estate from Osage to non-Osage hands.  I would encourage everyone to read the recent decision of the United States Court of Appeals for the Tenth Circuit, which found in favor of our Osage clients (William S. Fletcher and Charles A. Pratt).  This is one of the few positive decisions rendered by an appellate court regarding Indian rights and claims in recent history.

I currently serve as the President of the Shield Law Group PLC, a small law firm with a practice limited to the representation of Indian tribes and a focus on federal program compliance.  I am a former tribal housing director and have worked in the tribal housing industry for the past 15 years.  I am a graduate of Harvard University and the University of Tulsa College of Law.  I was introduced to the Indian cultural community at age 11, and you frequently will find me dancing in the powwow arena as well as under the arbor in June.

During the previous year, I provided legal counsel and assistance concerning the acquisition of an existing retail and office complex by a local tribe, the development of a 25-unit low-income housing tax credit project for an Indian housing authority and a multi-million dollar financing project for a tribal casino.

I intend to put this knowledge and experience to work for the Osage people.  I will explore the development of a new state-of-the-art health clinic, which will include a 12-chair dialysis unit and mobile dialysis unit.  I also support gaming revenue distributions for the benefit of the elderly.  As a mother of three young children, I also intend to ensure that the daycare facilities of the Osage Nation exercise Indian preference, provide financial subsidies for Osage families regardless of income and include Osage language and other cultural programming.  I support the acquisition of cultural properties (including historic Osage homes) and restricted land under individual ownership.  I believe that the Osage Nation should implement a strategic land consolidation program, as is permitted and funded by the Cobell settlement agreement.  Because it is my greatest passion, I will do everything in my power to turn earth for the development of affordable rental, lease-purchase and assisted-living housing communities for Osage people.

[Disclaimer: Candidate announcements are published without edits or changes from the Osage News staff.]