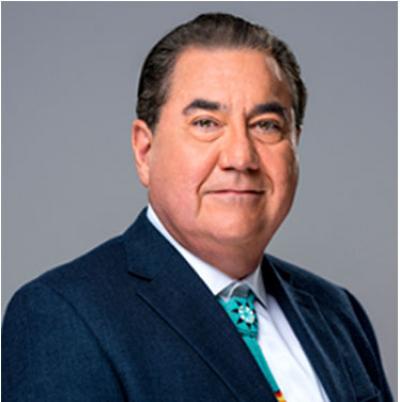 Mary Jo Webb, Grayhorse elder and a founder of the 2006 Osage Constitution, is not supporting Geoffrey Standing Bear for chief.

She is supporting Margo Gray, but not for accusations made in a recent letter distributed by Gray’s supporters. The letter, written by Dr. Joe Conner of Fairfax, accuses Standing Bear of breaking promises to the Grayhorse community by failing to hear or consider a proposal brought forth by community members to the Third Osage Nation Congress for a community grocery store.

Conner said in the letter that members of the community worked with a professional grocer to develop a proposal for congress. He said when it was discovered that the proposal wouldn’t be considered and Standing Bear wouldn’t be sponsoring the needed legislation for the grocery store, the Grayhorse and Fairfax communities decided to picket Congress on the last day of the 2012 Tzi-Zho Session.

The proposal called for $1.5 million to start a nonprofit entity called 4-Winds and would be operated by Conner and area residents, according to a May 2013 Osage News article.

“In Mr. Standingbear’s (sic) recent campaign advertisement he said, ‘Accountability is an obligation to accept responsibility for one’s actions or inactions.’ He failed to take responsibility for his inaction on the grocery store and therefore to be accountable to the Osage people he was elected to represent!” according to the letter.

The letter was introduced at one of Gray’s recent campaign events in the Grayhorse Indian Village and was signed by 22 people. Also a subject of the letter is an accusation that Standing Bear does not respect elders and accosted one of them at an Osage Congressional meeting last year.

“In almost 40 years of participating in our traditions, Mr. Standingbear (sic) apparently knows little about Osage tradition! That he showed such disrespect to a recognized Osage Elder should alert all Osages everywhere that he is not suited to be Chief of the Osage Nation,” according to the letter.

Webb, who will turn 81 in March, is the Osage elder Standing Bear allegedly accosted in the congressional chambers in 2012. Webb said she was there to protest and picket the meeting with the other members of the Grayhorse and Fairfax communities, having lived in Fairfax all her life, and once inside she sat down in the audience. She said Standing Bear began to hand out pieces of paper.

“When Geoff [Geoffrey Standing Bear] got to me, I was sitting down. I felt we had been betrayed by promises made by Geoff. I squashed it [the paper] up, said, ‘Geoff you lied to us!’ and threw it to the floor. I stood up, and he said, ‘You sit down and shut up.’ I said, ‘You sit down and shut up!’ And by that time all the Grayhorse people seen this going on and they were talking loud saying, ‘Hey!’” Webb said. “And so Geoff ran out of the chambers and I’m assuming it was him who called the tribal police, that there was a woman out of control because here they came.”

Webb said Standing Bear also made a comment about her not being his elder and she said she never addressed the question or made a comment that she was his elder. She said it was for this lack of character and disrespect for the Osage culture as to why she signed the letter in support of Gray.

Standing Bear said the letter contained false statements and that he never called the Osage Nation Police to arrest Mary Jo Webb and said he didn’t know who did.

“No, I did not tell her to sit down and shut up. After she threw a piece of paper at me, she grabbed a piece of paper out of my hand, crumpled it up and then threw it against my chest, to my surprise,” he said. “And then I said to her, ‘you are not my elder.’ That is exactly what I said, that is all I said to her. But she doesn’t have any right to do that. She has no right to do that, she was very rude.”

As to the proposal for a new Fairfax grocery, he said he and two other Congress members attended a community meeting in Grayhorse and he stated his support for a solution from the community. He said he suggested a co-op or other entity to be created.

“Soon thereafter, I was contacted by Dr. Joe Conner with a proposal for the Osage Nation to provide several million dollars to a private nonprofit he controlled,” Standing Bear said. “He [Conner] then followed this up with a written proposal which I could not support. It included a demand for the Osage Nation to donate an initial $1.5 million dollars to his nonprofit corporation, 4-Winds, and thereafter 2 percent of the annual profit from the Ponca City Casino.”

Standing Bear said he informed Conner and the other members of his nonprofit that he would not support millions of dollars going to someone’s private entity and stated he asked them to come back with something from the community. He said they never came back with a proposal and “kept demanding money.”

“My statement is that the way this group has handled the issue is an example of the old ways of doing things at the Osage,” he said. “I will not support spending Osage money to make a few people rich. Fairfax needs a solution and I and the other members of the Osage Congress are still awaiting a proposal from the entire community.”

The lack of a grocery store in Fairfax has long been an issue widely discussed for years, with action seeming to have come to a halt by Osage elected officials and the community. Interest in a Farmer’s Market waned and at one time a food truck offered fresh produce and fruit for citizens, but lack of business ended the venture.

The LLC acquired the Palace Grocery Store after launching in 2008, but sold the store to Rick Parker in 2010 amid money losses, according to a 2013 Osage News article. Parker, who had money problems of his own and was delinquent on taxes owed to the Oklahoma Tax Commission, closed the Palace in late 2011 and the LLC began foreclosure proceedings against Parker. As part of the foreclosure process, the store was sold at a March 2012 auction with the LLC purchasing the building for more than $379,000.