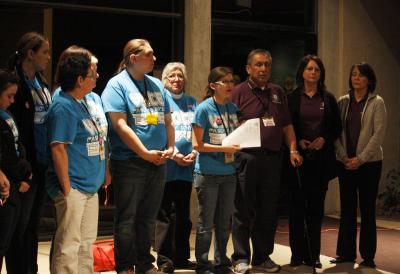 One hour after the polling place closed, the Osage Nation Election Office announced the results of the 2014 primary election for the Executive Branch’s top two offices.

The top two vote recipients in each respective race will advance to the June 2 general election for the voters’ consideration.

According to Election Supervisor Alexis Rencountre, a total of 1,798 voted in the Nation’s inaugural election with the majority of votes coming from absentee ballots. The vote breakdown is:

Other candidate vote results are:

In the Principal Chief’s race, Tom Boone placed third with 347 votes or 19.43 percent.