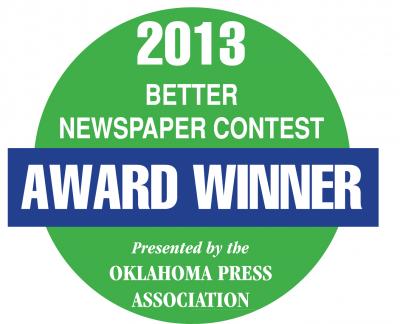 For the community leadership award, Osage News Editor Shannon Shaw Duty submitted stories regarding the newspaper’s lawsuit against former Principal Chief John Red Eagle for not following the Nation’s open records law. At the approval of the newspaper’s editorial board, the Osage News filed suit in ON Trial Court seeking a copy of a consultant’s contract authorized by the Red Eagle administration. Several prior requests for the document went unanswered, prompting the case.

The case was eventually dismissed after the Chief provided a copy of the contract and became one of the focuses of the ON Congressional investigation and removal trial, which resulted in Red Eagle’s impeachment in January of this year.

The Osage News participated in the annual newspaper contest with publications of all sizes from across Oklahoma.

This is the third year the newspaper competed in the OPA Better Newspaper Contest. All contest entrants submitted stories and published content from the 2013 calendar year.