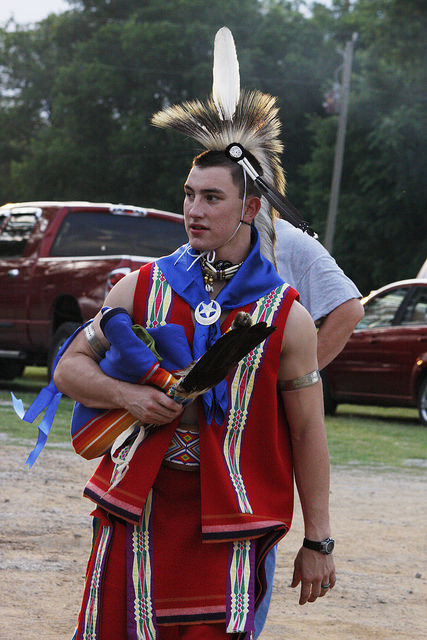 Once a championship pole-vaulter, Dillon Lookout now focuses on medicine

Dillon Lookout graduated from Jenks High School in May of 2012 with a goal of becoming an Olympic Pole Vaulter. He continued that dream at Oral Roberts University on a track scholarship.

Lookout, 20, has since stopped pole vaulting. A wife, who was also an ORU athlete in track, and a career in medicine have taken over his focuses. His academic studies come first.

“I have been married for two years. I want to focus on my education for my wife Christina, she has really encouraged me to stay focused on education and my goals to make a difference and change people’s lives,” Lookout said.

His junior year of high school he won the 6A Oklahoma Regional Track and Field State Championships, he broke the Jenks High School’s pole-vaulting record after he cleared 16-6, his personal best, earning him the rank of third in the nation. Then he suffered an injury his senior year, which slowed him down. After the injury, he still earned Jenks Athlete of the Year twice, was team captain, a five-time All-American and a four-time all-state selection. He was runner-up in the state championships his senior year with a jump of 16-3. On top of all his commitments to pole-vaulting, he also wrestled and played football.

As a freshman at ORU, he competed in seven indoor and five outdoor meets, finishing third overall at the Track-It Buster Invitational, trailing two of his ORU senior teammates.

He says he doesn’t really miss pole vaulting but he does keep up with how the sport is doing.

After speaking with his uncle Dr. Ron Shaw about medicine and the medical profession, Lookout decided it was the direction he wanted his future to go. Shaw is also an Osage Nation Congressman. He said his uncle was very influential with his decision to move in the direction of medicine.

Lookout was focused on his goals of becoming an Olympic pole-vaulter and briefly pole-vaulted for ORU, but when his grades began to fall, he knew he had to do something about his academics. So with the love and determination he put into pole-vaulting, he put into his academics to achieve those goals as well.

“My grade point average has gone up substantially since focusing on my academics and my goals of becoming a MD [medical doctor],” Lookout said.

Lookout has three years left at Oral Roberts University in the nursing program and has plans to move on to medical school to pursue his goal of internal medicine or family practice. He said he wants to earn his nursing degree first so he can help pay for his family and schooling while going to school.

Lookout plans to apply for medical school at the University of Oklahoma or the University of Minnesota when he’s done at ORU. Lookout would like to help his Osage people upon graduating and possibly work for the Indian Health Service.

Lookout is grandson of Star Lee and Mike Jones (who was a national champion wrestler), and Rosemary Shaw. He is a member of the Pawhuska District and participates in the In-Lon-Schka dances in June and is a former Waterboy.