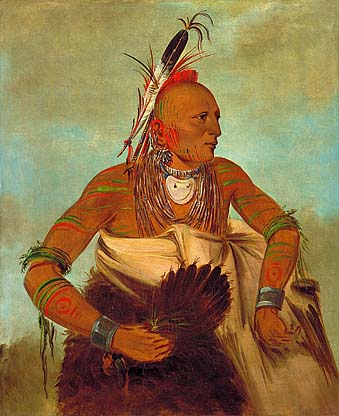 A record of the past

Ancient teachings that have endured several centuries can form a solid foundation upon which to build a tribal social order as well as a tribal government today.

Long ago when Osage Oral Tradition began, it was a way of passing down information from one person to another person, or one generation to another generation. I have seen several artistic paintings that show an image of an elder and three or four younger people sitting near to a low flaming fire that flame in the middle of the lodge floor.

One would assume that when the Elder spoke he was actually retelling the history of Osage People. He recited the story in a word for word telling of our history and it was understood that the words and thoughts are intended to be remembered in an accurate, word for word manner and would be retold in that same accurate and understandable way.

It was also understood that the detail was important, because the words were intended to be heard by future generations who were not yet born.

Today we know the information that was handed down long ago was a complex retelling of the human experiences, in many ways not too different from the retelling of relationships and humans experience today, while in other ways a different story.

It was not only a way of accurately remembering and retelling the critical facts and history of our People, it was also a means of accurately passing on Prayers and Rituals and Ceremonies.

There was the preservation of a tribal calendar that was brought on by the different seasons of the year, such as floods or tornadoes. Certainly, the hardships brought on by a long period without rain would certainly be experiences worth remembering, just as the extended time of freezing temperatures and frozen lakes and streams would be useful in predicting the hazards of nature. Information of that nature is critical to living on this earth.

Osages today have a lot to enjoy and to be thankful for. We can open up a computer and read and understand the thoughts of those Old Osages. Those words are available to us from those Old Ones. It is also true that Osages can attend any number of Hand Games, Dinners, Burial services, and Name Giving events, or Dances that are still with us.

The things mentioned above came to our generation through the art of passing information by word of mouth from One Generation to the next Generation.

So, it is, those Osages of long ago who were very good at remembering the Prayers, Rituals and Ceremonies. They were also good at organizing that knowledge in a way that guided our People through the ages. Their thoughts and words were organized very much like a library.