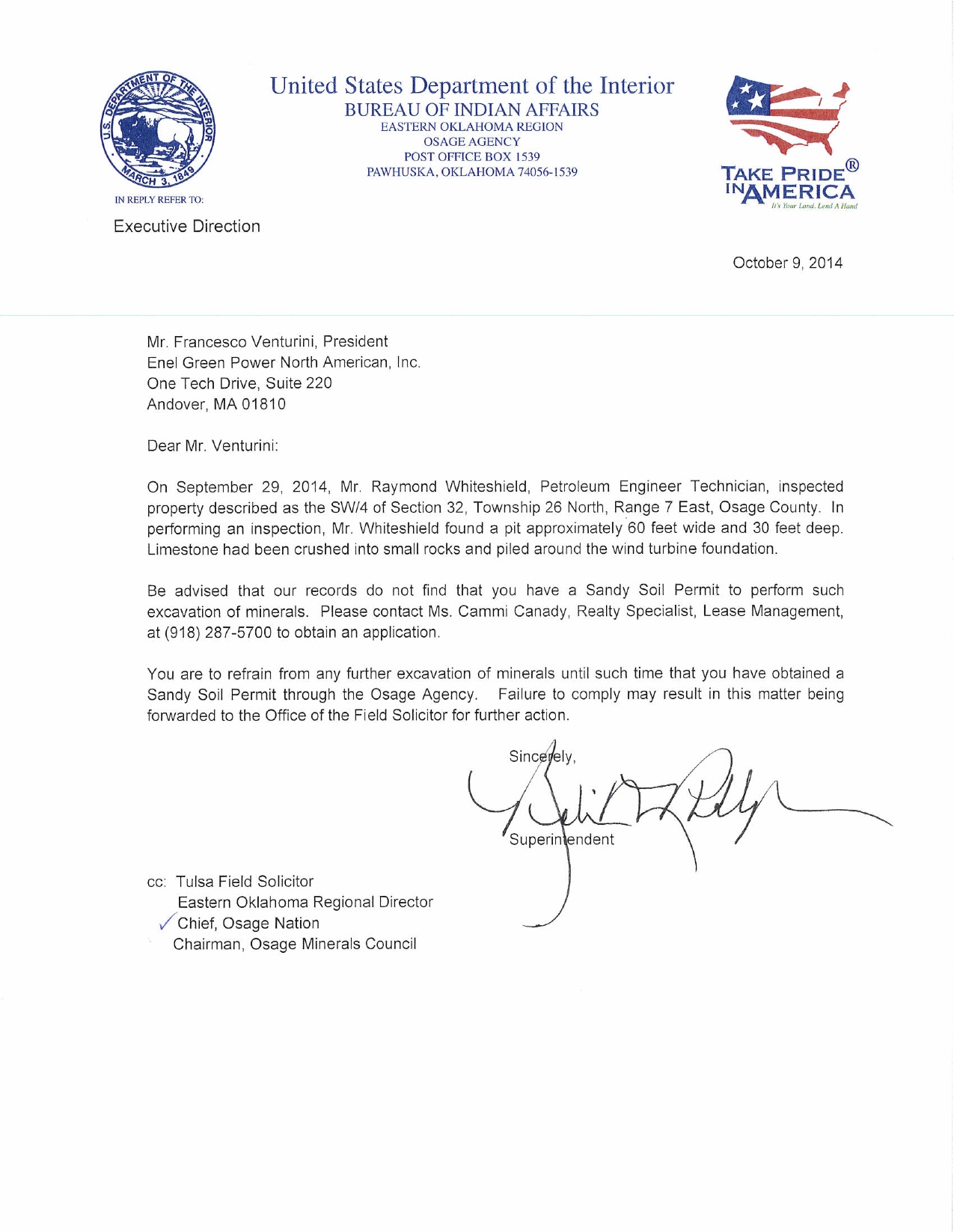 Raymond Whiteshield, Petroleum Engineer Technician, was sent to inspect an alleged wind farm construction site north of Fairfax and found a pit 60 feet wide and 30 feet deep. The limestone underneath the surface had been crushed and piled around the wind turbine foundation. The Osage Nation owns all the minerals under the surface to make up the Osage Minerals Estate.

Without a Sandy Soil Permit granted from the Osage Agency, construction cannot proceed, according to a letter sent to Francesco Venturini, president of Enel Green Power North American, Inc., from Phillips.

"Failure to comply may result in this matter being forwarded to the Office of the Field Solicitor for further action," according to the letter.

The excavation by the wind farm was first spotted by Dr. Joe Conner of Fairfax who took photos of the excavation and sent them to the Nation.