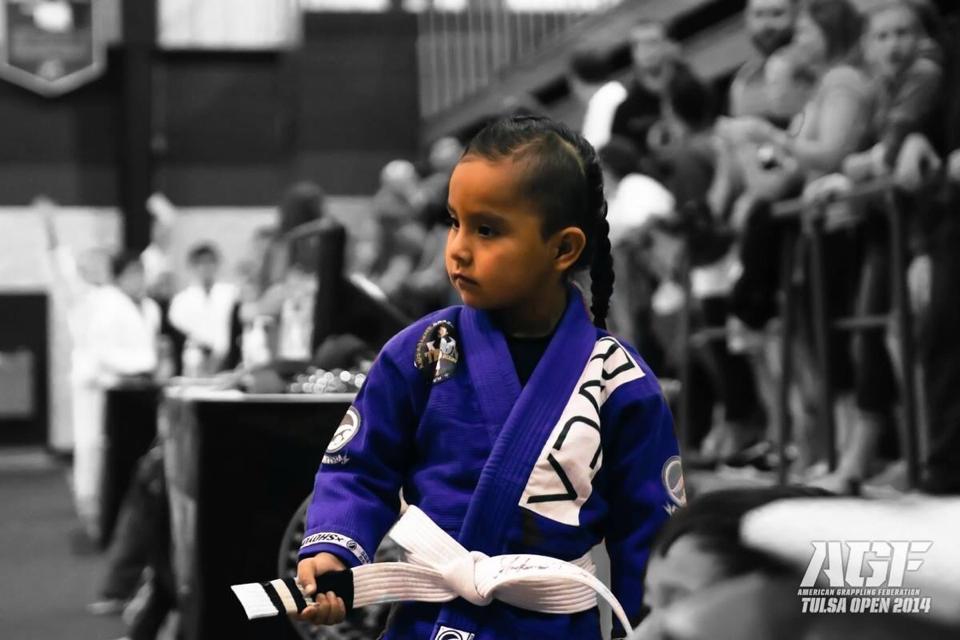 Four-year-old Mvhayv Cunningham is on her way to Los Angeles to compete in the American National Kids Jiu-Jitsu Championships Oct. 18.

Pronounced, Muh-hi-ya, she will be competing in the Mighty-Mite 2, featherweight division, and she currently holds a grey belt. She will represent the Triton Fight Center out of Bixby, Okla., against children from all over the country.

Mvhayv is Osage and Navajo and is the daughter of Brittany and Wes Cunningham of the Pawhuska District and the granddaughter of Gloria and Eugene Cunningham.

Brazillian Jiu-Jitsu is a martial art, combat sport, and a self-defense system that focuses on grappling and especially ground fighting and was formed in 1882, according to Wikipedia.org. The concept is that a smaller, weaker person can successfully defend against a bigger, stronger assailant by using proper technique, leverage and most notably, taking the fight to the ground, and then applying joint-locks and chokeholds to defeat their opponent.